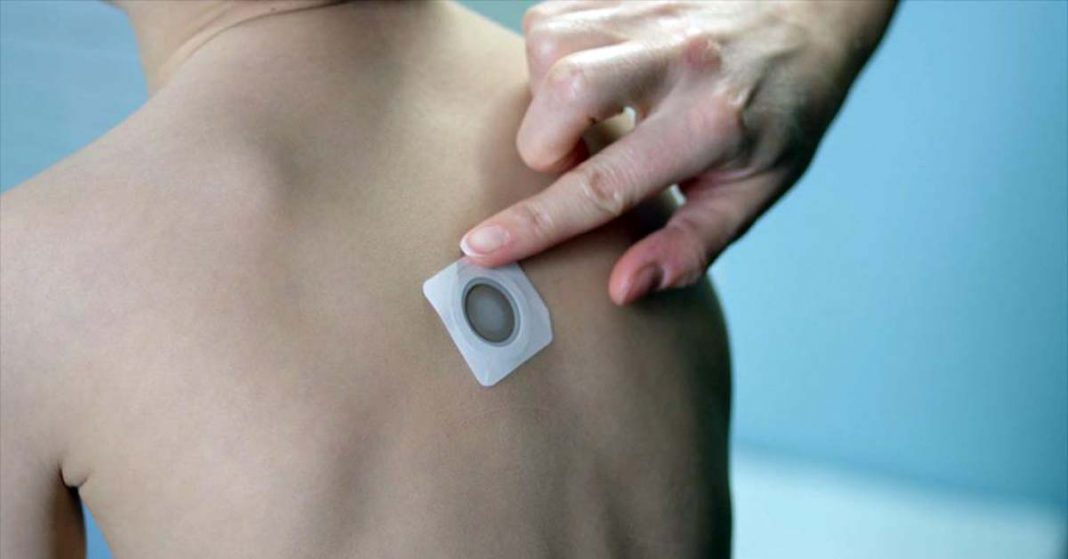 DBV Technologies — a biopharma company based in Montrouge, France —announced the initiation of a new phase 3 clinical study of their Viaskin® Peanut patch therapy designed to desensitize patients with peanut allergy.

The immunotherapy candidate works by exposing patients to minute quantities of peanut allergen over time via a patch worn on the skin.

Back in October 2019, DBV submitted their Biologics License Application (BLA) to the Food and Drug Administration (FDA) to market Viaskin Peanut immunotherapy for children ages 4-11 in the US. But in March 2020 after performing their review, the FDA raised questions about the ability of the patch to adhere to the skin. This ultimately sent DBV back to the drawing board to redesign the patch to address the FDA’s concerns.

In June, DBV announced positive topline results from a phase 3 clinical trial in toddlers 1-3 years of age. Last week, DBV issued a press release announcing they were initiating a phase 3 study to evaluate the redesigned Viaskin Peanut patch in patients 4-7 years of age.

Here follows the press release in its entirety.

DBV expects to enroll 600 subjects for participation in the VITESSE study, randomized 2:1 active to placebo. The first patient screened is expected in Q4 2022 with the last patient screened by year-end 2023. The Company anticipates that the topline results will read out in Q1 2025. Dr. David Fleischer, Colorado Children’s Hospital, will act as the Principal Investigator for the VITESSE study, which will involve approximately 80 study sites across the U.S., Canada, Australia, Europe and the U.K.

Over the last several months, DBV and the FDA have engaged in ongoing discussions on the epicutaneous immunotherapy (EPIT™) platform as a novel drug-device combination for delivering allergen immunotherapy and on the VITESSE trial design. These interactions determined that VITESSE will evaluate the efficacy and safety of the modified Viaskin Peanut patch as a peanut allergen immunotherapy, which may potentially support a future BLA submission.

Following productive discussions, the FDA granted DBV a Type C meeting in May 2022 to align on the VITESSE study. The study protocol was submitted to the FDA as part of the Type C briefing materials. Subsequent exchanges between DBV and the FDA ensued to align on critical design elements and endpoints, and these were included in the final protocol that was sent to study sites.

“We are pleased to have initiated the VITESSE study,” said Daniel Tassé, Chief Executive Officer of DBV Technologies. “DBV has engaged in a highly collaborative process with the FDA over the last several months, and we are proud of the final protocol that has been shared with study sites. As I’ve said before, VITESSE means ‘speed’ in French, and we continue to believe that this approach is the fastest way to bring Viaskin Peanut to peanut-allergic children in this age group. Our future patients are counting on us, and we will continue to actively work towards bringing this novel, innovative therapy to the market.”

VITESSE is a Phase 3, double-blind, placebo-controlled, randomized study to assess the efficacy and safety of epicutaneous immunotherapy with the modified Viaskin Peanut 250 µg patch in peanut-allergic children ages 4 to 7 years. The primary efficacy endpoint is the percentage of treatment responders in the active versus placebo arms at month 12. The primary efficacy analysis includes the success criterion of the lower bound of the confidence interval of the difference in responder rates between active and placebo groups being greater than or equal to 15%.

The decision to target the 4 to 7-year-old age group reflects careful review of post-hoc analyses of PEPITES (Peanut EPIT Efficacy and Safety) efficacy data in peanut-allergic children ages 4 to 11 years, and consideration of the recently announced EPITOPE (EPIT in TOddlers with PEanut Allergy) data in toddlers ages 1 to 3 years. The VITESSE age inclusion criterion aligns the protocol with an age cohort of peanut allergy patients who have demonstrated a higher response rate in previous peanut allergy treatment studies.

“We look forward to maintaining our work with the FDA, site investigators and other key stakeholders as we advance VITESSE,” said Dr. Pharis Mohideen, Chief Medical Officer of DBV Technologies. “We feel confident that the VITESSE protocol incorporates all key learnings from our previous Viaskin Peanut studies and advances in the food allergy treatment landscape. We believe that caregivers are motivated to seek treatment options in this patient population.”

While adhesion of the modified Viaskin Peanut patch will be assessed in VITESSE, there is no patch detachment endpoint included in the study parameters. In VITESSE, adhesion will be assessed to affirm the modified Viaskin Peanut patch provides adequate delivery of the allergen to the immune system over the course of 12 months. These data will be used to support the Sponsor-defined essential device requirement as per FDA device regulations for optimal product performance. Accordingly, the Instructions for Use (IFU) for the modified patch will direct caregivers to apply one patch at approximately the same time each day, following removal of the previous day’s patch. The IFU outlines that Viaskin Peanut 250 µg is to be worn for as close to a full day as possible with a minimum daily wear time of at least 12 hours each day.

Participants will apply the modified patch (either Viaskin Peanut 250 µg or a placebo) daily for a period of 12 months. The maximum study duration per subject is 58 weeks: a four-week screening period, a 12-month treatment period and a two-week follow-up period. During the screening period, subjects will undergo an initial screening visit with assessment for eligibility according to peanut skin prick test (SPT) and serum peanut IgE. Those meeting these criteria will proceed to a peanut DBPCFC to confirm their peanut allergy and establish an entry peanut ED. The entry DBPCFC will be 1 mg peanut protein, and will escalate up to a highest single dose of 100 mg peanut protein. Subjects who react with an ED at or below the dose of 100 mg peanut protein are considered eligible. At month 12, a post-treatment DBPCFC will be performed, with a starting dose of 3 mg peanut protein, escalating to a highest dose of 1,000 mg peanut protein according to the following schedule: 3, 10, 30, 100, 300, 600, 1,000 mg. Secondary efficacy endpoints include changes in Cumulative Reactive Dose, ED and severity of allergic reaction at baseline and month 12 food challenge. VITESSE will also evaluate the safety of the modified Viaskin Peanut patch based on overall adverse events, local site reactions and systemic allergic reactions.

DBV will host a conference call and live audio webcast to discuss the VITESSE study on Wednesday, September 7, 2022, at 5:30 p.m. ET. This call is accessible via the below teleconferencing numbers, followed by the reference ID: 24076524#

A live webcast of the call will be available on the Investors & Media section of the Company’s website: https://www.dbv-technologies.com/investor-relations/. A replay of the presentation will also be available on DBV’s website after the event.

About the Viaskin Peanut Patch Design
In August 2020, DBV Technologies received a Complete Response Letter (CRL) in connection with its Biologics License Application (BLA) for Viaskin™ Peanut (DBV712 250 µg), an investigational, non-invasive, once-daily epicutaneous patch to treat peanut allergy in children ages 4 to 11 years. Subsequently, DBV proposed a potential resolution to a main concern identified by the FDA in the CRL: the need for patch modifications. The FDA agreed with DBV’s position that a modified Viaskin Peanut patch would be an appropriate approach and should not be considered as a new product entity provided the occlusion chamber of the current Viaskin Peanut patch and the peanut protein dose of 250 µg (approximately 1/1000 of one peanut) remained unchanged and performed in the same way they had previously. In Q4 2021, DBV informed the FDA of its intent to initiate a pivotal Phase 3 clinical study for a modified Viaskin Peanut patch in the intended age population. This pivotal Phase 3 clinical study, called VITESSE, features the modified Viaskin Peanut (mVP) patch. As DBV has previously disclosed, the mVP patch is circular in shape and approximately 50% larger than the current Viaskin Peanut (cVP) patch. Importantly, the EPITOPE study featured the cVP patch, which is square in shape. DBV may maintain use of the cVP patch for future regulatory or BLA advancements using the EPITOPE data. DBV will use the mVP patch for the VITESSE study.

About DBV Technologies
DBV Technologies is developing Viaskin™, an investigational proprietary technology platform with broad potential applications in immunotherapy. Viaskin is based on epicutaneous immunotherapy, or EPIT™, and is DBV Technologies’ method of delivering biologically active compounds to the immune system through intact skin. With this new class of non-invasive product candidates, the Company is dedicated to safely transforming the care of food allergic patients. DBV Technologies’ food allergies programs include ongoing clinical trials of Viaskin Peanut. DBV Technologies has global headquarters in Montrouge, France, and North American operations in Basking Ridge, NJ. The Company’s ordinary shares are traded on segment B of Euronext Paris (Ticker: DBV, ISIN code: FR0010417345) and the Company’s ADSs (each representing one-half of one ordinary share) are traded on the Nasdaq Global Select Market (Ticker: DBVT).

Forward–Looking Statements
This press release may contain forward-looking statements and estimates, including statements regarding the therapeutic potential of Viaskin™ Peanut as a treatment for peanut-allergic children, the potential benefits of EPIT™, DBV Technologies’ clinical development and regulatory plans, timing and projections of VITESSE study milestones, and timing and anticipated results of interactions with regulatory agencies. All statements about VITESSE study milestones, enrollment and anticipated results contained herein are DBV’s best estimates and projections are based on performance of previous studies, and are subject to known and unknown risks, uncertainties and other factors that may cause actual results, performance and achievements with respect to the VITESSE study to differ materially from the estimates and projections contained herein. These forward-looking statements and estimates are not promises or guarantees and involve substantial risks and uncertainties and may be impacted by market conditions as well as other risks and uncertainties set forth in DBV Technologies’ regulatory filings with the Autorité des Marchés Financiers (“AMF”), DBV Technologies’ filings and reports with the U.S. Securities and Exchange Commission (“SEC”), and future filings and reports made with the AMF and SEC.  Existing and prospective investors are cautioned not to place undue reliance on these forward-looking statements and estimates, which speak only as of the date hereof. Other than as required by applicable law, DBV Technologies undertakes no obligation to update or revise the information contained in this Press Release.

Viaskin and EPIT are trademarks of DBV Technologies.