Parents Wonder Whether Epinephrine Would Have Saved Megan Lee's Life 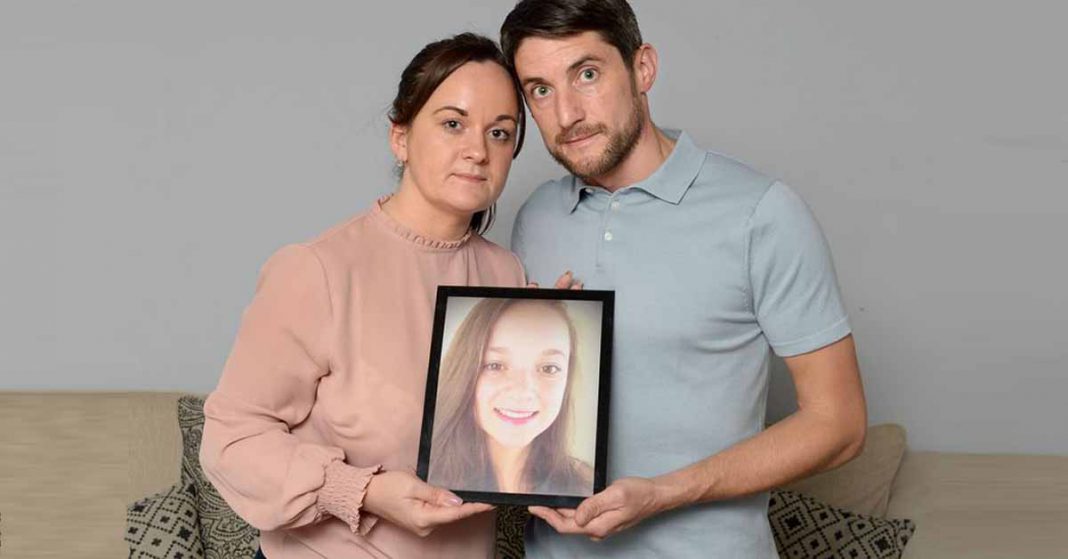 Our readers are well acquainted with the tragic death of Megan Lee, the 15 year-old girl from Lancashire who suffered anaphylaxis after consuming take-out from a local eatery and died two days later on New Year’s Day, 2016.
The two proprietors of that eatery were arrested, charged, convicted of manslaughter, and sentenced to jail sentences after the authorities found widespread peanut contamination in the dishes served to Megan and learned there were no procedures in place to accommodate food allergies.
Now, Megan’s parents Gemma and Adam Lee are speaking out. The couple claim their daughter was diagnosed at eight years-old with a “mild” peanut allergy and was never issued a prescription for an epinephrine auto-injector.


Click to visit sponsor
“Megan should have had an EpiPen. If she’d had one, would things have turned out differently? We have no way of knowing but we’ve asked ourselves many times,” said Mrs Lee.
Said Mr Lee: “No allergy should ever be described as ‘mild’ because allergies are so unpredictable. Since Megan’s death, we have had information which shows she should have been categorised as high risk. Why weren’t her allergies ­reviewed every year?”
The Lees are speaking out, calling for annual medical reviews for food allergy sufferers and for more people to be issued auto-injectors which cost just £45 ($57) in the UK.
“The lessons that can be learned are important. Megan would want us to help others and stop this from happening to someone else,” said Mrs Lee.

We at SnackSafely.com urge you to consult your child’s allergist or pediatrician if your child has been diagnosed with a food allergy but has not been issued a prescription for an epinephrine auto-injector.

We remind you that a mild reaction one day is not an indication that the next reaction won’t be severe, even life-threatening. Timely administration of epinephrine can mean the difference between life and death should the unthinkable happen. Be prepared and always take two epinephrine auto-injectors everywhere… every time.

Source: ‘Could a £45 EpiPen have saved our daughter?’ – The Manchester Evening News