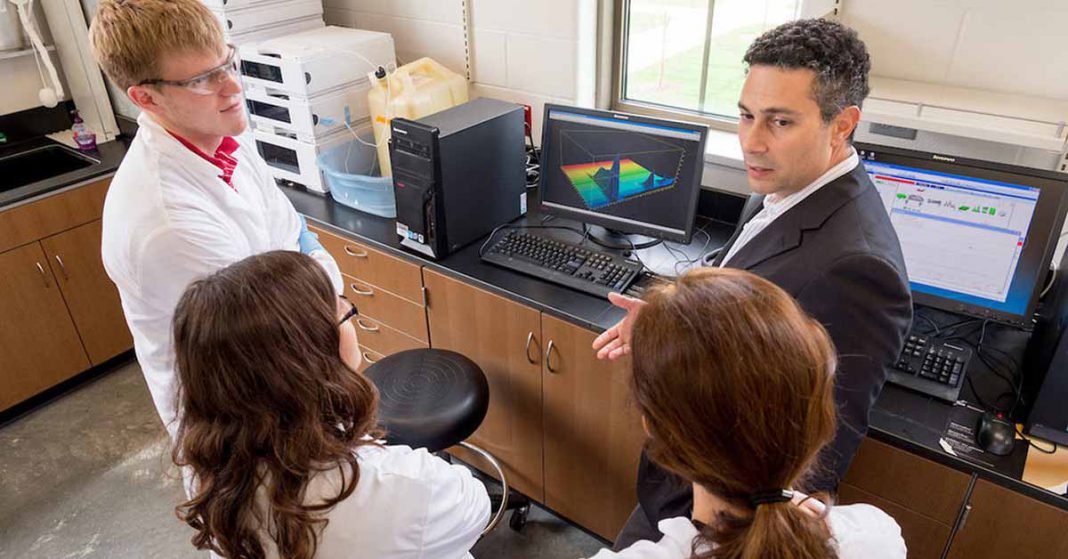 For an estimated 4.2 million children living with peanut allergies, the slightest trace of peanut and peanut ingredients could have fatal consequences. The allergy is the result of allergens binding with an antibody called immunoglobulin E (IgE) on the surface of immune cells, setting off a complex chain reaction that could lead to a response ranging in severity from a rash to anaphylactic shock.

Now, in a new study published in the Proceedings of the National Academy of Sciences, researchers at the University of Notre Dame have effectively prevented the binding of peanut allergens with IgE to suppress the allergic reaction to peanuts using a first-in-class design of allergen-specific inhibitors.

“The success of this study is exciting because it opens the door to establishing an entirely new class of allergy therapeutics,” said Basar Bilgicer, associate professor in the Department of Chemical and Biomolecular Engineering and affiliate of Advanced Diagnostics and Therapeutics at Notre Dame, who led the study. “We now have the first functional example of selective IgE inhibition to a food allergen, which we haven’t had before.”

In a process called degranulation, IgE and allergen proteins bind on the surface of immune cells, called mast cells, releasing granules such as histamine, which is the first and most critical step in a patient’s allergic reaction. No current medications exist that are capable of preventing that process. An inhibitor that only targets IgE can lead to widespread immune suppression, which studies have shown can cause an increase in parasitic infection and even cancer. For Bilgicer, the challenge was developing an inhibitor that is designed to specifically inhibit the binding of IgE and the allergen proteins without interfering with any other immune system functions. Food allergen-specific inhibitors would stop degranulation, the primary driver of life-threatening allergic reactions, without putting the patients’ immune system or their health at risk.

The allergy is the result of allergens binding with an antibody called immunoglobulin E (IgE) on the surface of immune cells, setting off a complex chain reaction that could lead to a response ranging in severity from a rash to anaphylactic shock.

To achieve their goal, Bilgicer and his team used nanoparticles, called nanoallergens, to screen and identify the key binding sites on peanut proteins that patient IgE antibodies recognize by studying samples from a small population of patients with severe allergies to peanuts. That was significant, Bilgicer said, because “it seems only a few sites seem to be exceptionally critical in driving the allergic response.” Once identified, Bilgicer’s team synthesized a specialized inhibitor, called covalent heterobivalent inhibitor (cHBI), to prevent IgE from binding to the peanut protein. In a study of 16 patient samples with severe peanut allergies, the cHBIs were successful in inhibiting an allergic response in up to 90 percent of all samples.

The study presents a compelling case for further development and assessment of cHBI as a viable strategy for treating peanut allergies.