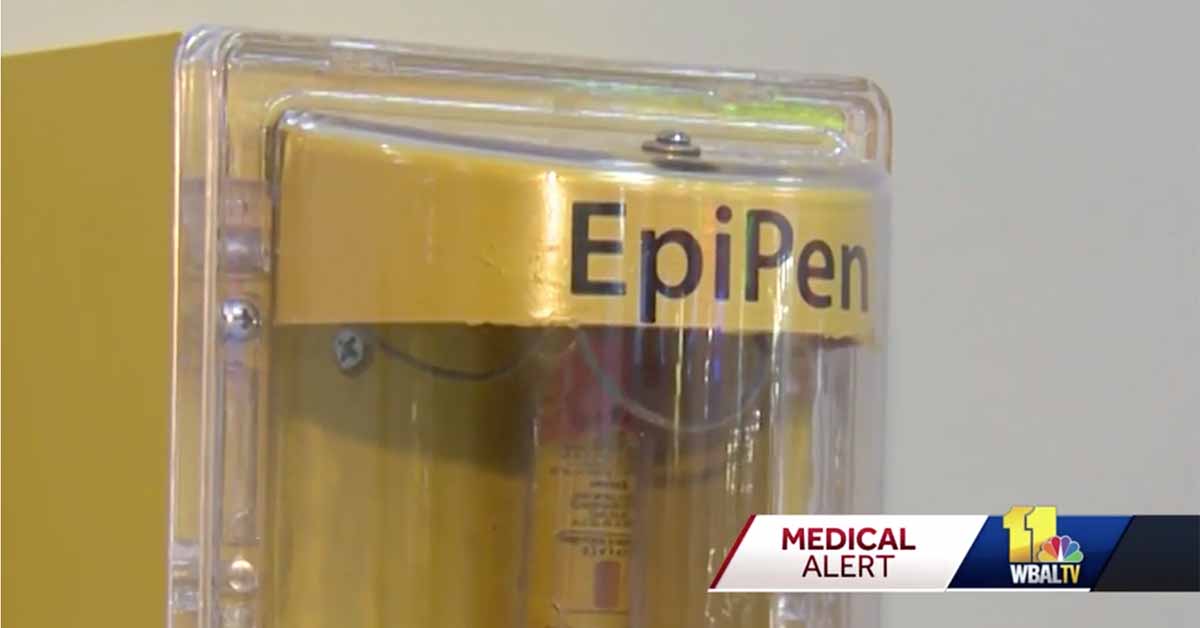 Thanks to the efforts of Dr David McBride and Colleen Wright-Riva of the University of Maryland, stations holding an emergency epinephrine auto-injector are now being installed next to the AEDs (defibrillators) in every campus dining hall.

The two worked with state lawmakers on House Bill 1473, allowing universities to carry the lifesaving drug. The bill was passed in October of last year.

“We have about 100 students who have self-identified with allergies — some not so serious, others life-threatening — and that number is a little smaller than the national average, so we think there are others who have not shared their allergies or don’t know they have allergies. The EpiPen gives us a second layer of protection,” Wright-Riva said.

“It’s delivered in this auto-injection, so it’s very easy to administer, and we trained our staff to use the EpiPens if a student presents with an allergy and doesn’t have their own EpiPen,” McBride said.

The stations feature a clear case displaying the auto-injector that sounds an alarm when opened, summoning help.

We at SnackSafely.com congratulate McBride and Wright-Riva on their efforts and urge other states to take up similar legislation. Epinephrine — the only drug that can halt the progression of anaphylaxis — should be available everywhere where food is served to the public.