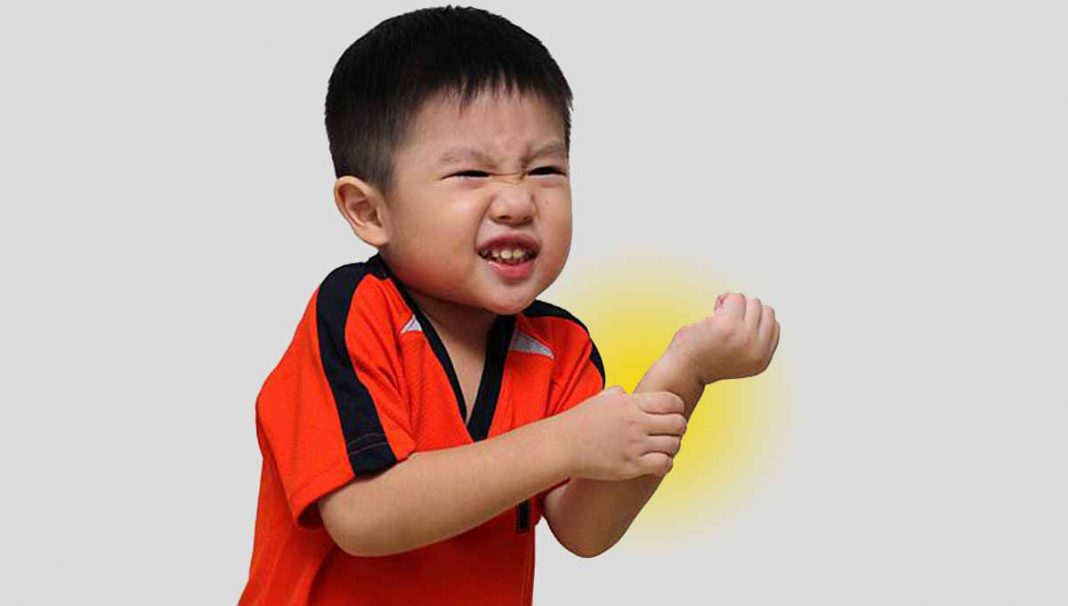 Researchers from Boston Children’s Hospital may have solved the puzzle of how atopic dermatitis (eczema) ultimately leads to increased risk of developing food allergies, the first steps on the atopic march.

Eczema is a disease characterized by dry, itch skin which often leads to scratching. The study funded by the National Institute of Allergy and Infectious Diseases (NIAID) proposes that this scratching initiates a chain of responses leading to mast-cell expansion in the gut.

The researchers simulated scratching in mice by applying and removing strips of tape to their skin. They found the process produced a signaling protein called IL-33 in the mouse’s bloodstream. When the IL-33 arrived in the gut, it started a complex series of responses by combining with IL-25, a protein secreted by cells in the intestinal lining, which activates type 2 innate lymphoid cells (ILC2s), which makes two other signaling proteins (IL-13 and IL-4) that are responsible for the expansion of the intestinal mast cells.

As mast cells expanded, the lining of the intestine became more permeable, making it easier for allergens to enter tissues and start the process of allergic sensitization.

The researchers found that mice that underwent the tape stripping had more severe reactions to food allergens than those that did not. The researchers then looked at biopsies from four children diagnosed with atopic dermatitis and found they contained more mast cells than children without the disease.

Though more work needs to be done to establish a similar response in humans, the researchers suggest that interventions that limit itching/scratching could potentially lessen the severity of food allergies among people with eczema.