Milk Allergy Guidelines May Cause Overdiagnosis in Babies and Children 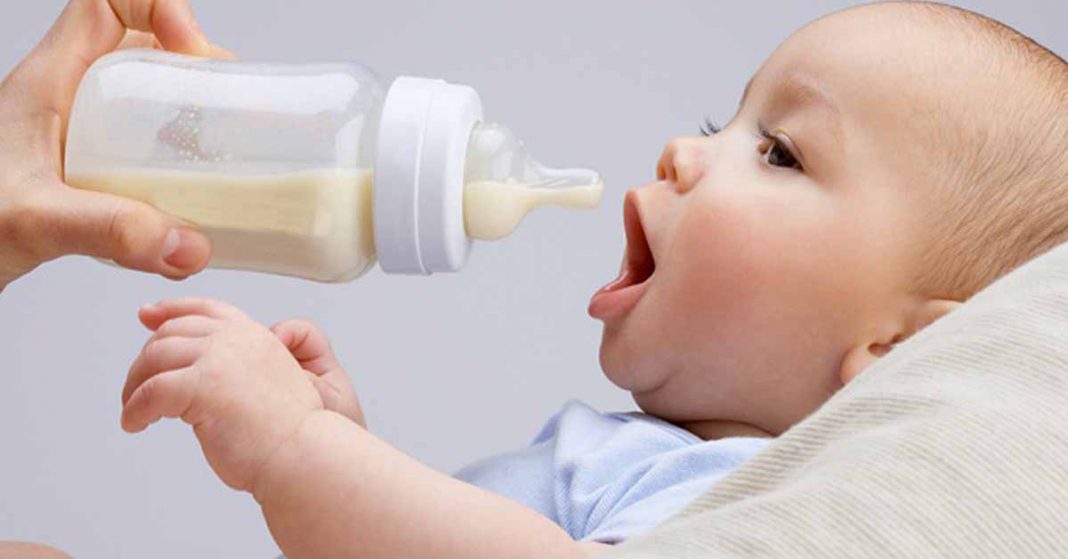 Imperial College London, April 13, 2020 — Current medical guidelines for diagnosing cow’s milk allergy in babies and young children may be linked to overdiagnosis of the condition.

This is the finding of a new analysis from Imperial College London and Sechenov University in Moscow.

In the paper, a review published in the journal JAMA Paediatrics, the team found that around 1 per cent of children have cow’s milk allergy, but up to 14 per cent of families believe their child to have the condition.

The team point to official guidelines for detecting cow’s milk allergy as a possible cause for the overdiagnosis.

The researchers analysed nine official guidelines for cow’s milk allergy published between 2012 and 2019.

These guidelines were from a range of medical organisations in a number of countries, predominantly in Europe. The team found that many of the guidelines named symptoms such as excessive crying, regurgitating milk and loose stools as indications of cow’s milk allergy – but the authors argue that these symptoms are very common in normal, healthy babies.

In addition to this, the analysis suggests the prescription of specialist formulas for babies with cow’s milk allergy had increased significantly between 2000 and 2018 in countries such as Australia and England, without any evidence for an increase in cow’s milk allergy.

The team also found seven of the nine guidelines advised breast-feeding women to cut out all dairy from their diet if their child has a suspected cow’s milk allergy. However, their analysis of 13 studies of breastmilk composition suggests less than one millionth of the protein from cow’s milk travels through to breast milk, and this would be too small to trigger a reaction in most allergic children.

Dr Robert Boyle, Consultant Allergy Specialist and lead author of the research from Imperial’s National Heart and Lung Institute, explained: “Many infants who are labelled as having milk allergy don’t have the condition. Having a child with suspected milk allergy can be a stressful time for any family. Misdiagnosing milk allergy could lead to another condition with similar symptoms being missed, or breast-feeding mothers needlessly following restricted diets – or even stopping breast-feeding altogether. It can also lead to families and the NHS unnecessarily paying for expensive specialist formula.”

Milk allergy is most common in children under two, and is categorised into two different types – IgE mediated, and non-IgE mediated. In IgE mediated, a reaction involves a component of the immune system, called IgE, and symptoms including vomiting, hives and in very rare cases, a severe reaction that causes difficulty breathing, called anaphylaxis.

The symptoms of non-IgE mediated reactions may include vomiting, diarrhoea or excessive crying. However, the team point out that the nature of these symptoms means they are often confused with normal symptoms in young babies.

Dr Daniel Munblit, Associate Professor of Paediatrics from Sechenov University and first author of the paper, explained: “In the nine guidelines we studied, seven of them suggested including milder symptoms as indication of non-IgE cow’s milk allergy, such as regurgitating milk, crying and  rashes  – but many of these symptoms are present normally in babies, and will get better with time. Non-IgE cow’s milk allergy affects less than 1 per cent of infants whereas troublesome vomiting, crying or eczema each affect 15-20 per cent of babies.”

The team analysed data on the amount of a type of cow’s milk protein known to trigger allergic reactions, called betalactoglobulin. Their analysis revealed that the amount of this protein in breast milk was just micrograms (millionths of a gram) per litre. The team also calculated that this amount is too low to trigger a reaction through breastfeeding for over 99 per cent of children with cow’s milk allergy.

He added: “We must not only critically appraise our current guidelines, and dissociate the development of guidelines from those who may profit from them, but also ensure we are giving each family the best possible care by avoiding overdiagnosis of cow’s milk allergy.”

Print or share this article
Print
Mail
Tweet
Share
Click to visit sponsor
Previous article
Study Bolsters the Case for Higher Dose Epinephrine Auto-Injectors for US and Canada
Next article
A Message for Food Allergy Sufferers: Now is Not the Time