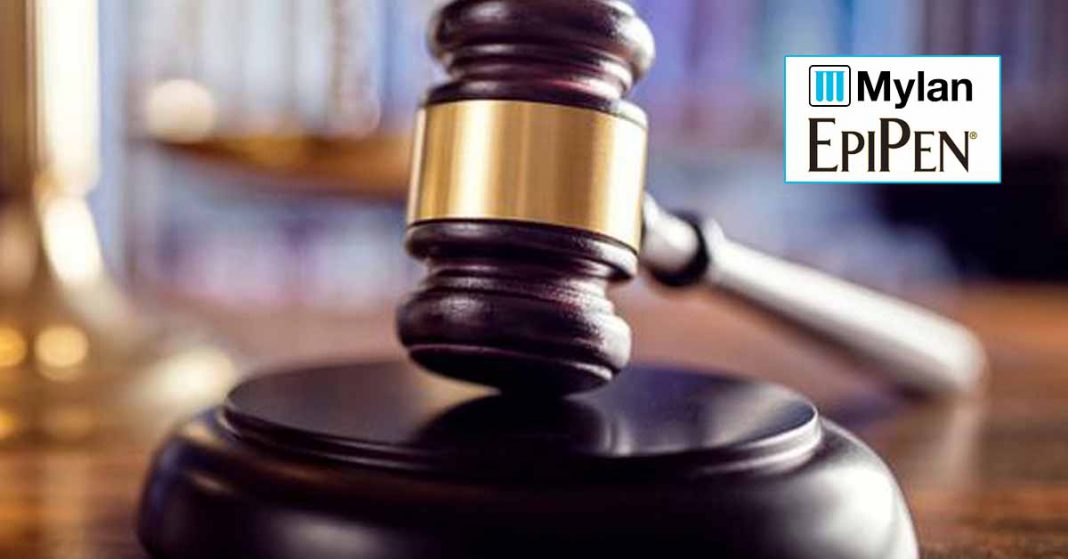 A federal judge rejected a motion by Mylan and a group of pharmacy benefit managers (PBMs) Friday to dismiss a class action lawsuit claiming the company paid kickbacks to the PBMs in order to drive up prices for EpiPen, the company’s brand of epinephrine auto-injectors.

Eric Tostrud, a US District Judge in Minnesota, ruled a group of drug distributors had successfully pleaded their case that Mylan, Optum, CVS Caremark and Express Scripts engaged in a conspiracy under the Racketeer Influenced and Corrupt Organizations Act (RICO), and that Mylan violated the Sherman Antitrust Act.

In their lawsuit filed in March 2020, the plaintiff drug distributors allege that sometime around 2013, the PBMs abandoned their duty to negotiate on behalf of health plans instead accepting significant price increases in exchange for rebates that were based on a percentage of the EpiPen prices.

They also claim the PBMs helped suppress competition as Optum and Express Scripts excluded competing products from their formularies while CVS Caremark offered them in a less favorable tier than EpiPen.

The defendants’ motion to dismiss argued that Mylan and the PBMs all acted normally in their own commercial interest and the lawsuit essentially claimed the entire PBM industry was illegal.

The judge ruled the plaintiffs had sufficiently distinguished the ordinary business of PBMs from the allegedly “corrupted” nature of the defendants’ dealings.

The judge wrote in his ruling:

Plaintiffs claim that each of the alleged enterprises deviated from an ordinary commercial relationship – Mylan by paying bribes in the form of inflated rebates, and each PBM Defendant by accepting the bribes in exchange for abandoning any effort to police EpiPen price increases.

Mylan is the subject of numerous lawsuits alleging anticompetitive practices regarding the pricing of EpiPen which has increased five-fold over the last decade.

Though consumers cannot participate in this class action, the ruling bodes well for other EpiPen consumer lawsuits against Mylan.


Note of disclosure: Kaleo is an advertiser with SnackSafely.com.