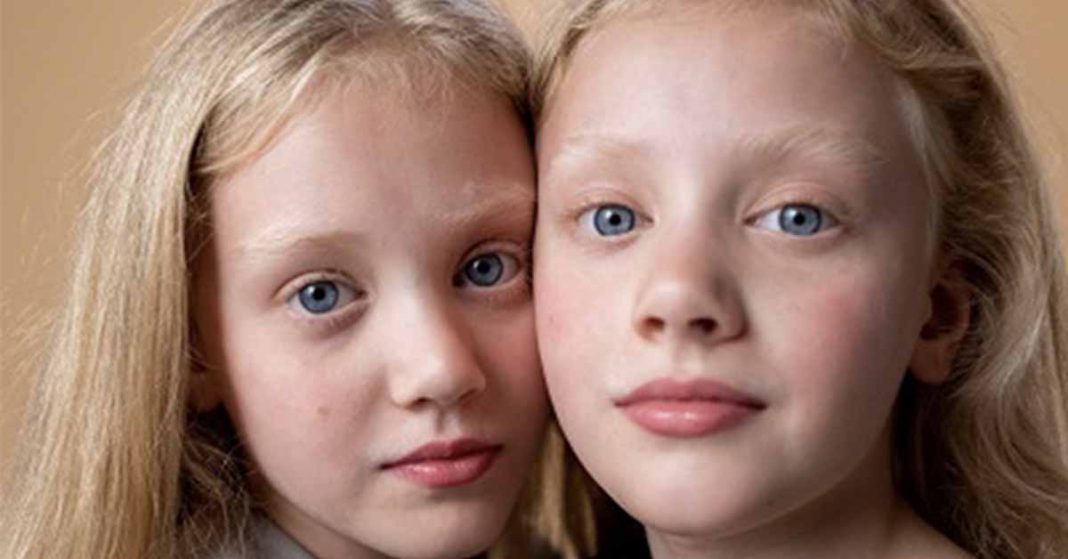 A new study out of the University of Chicago and Stanford University on pairs of twins with and without food allergies has identified potential microbial players in this condition. The results were published on Jan. 19 in the Journal of Clinical Investigation.

The study grew out of prior research in the Nagler laboratory at UChicago on the fecal microbiota in infants. By transplanting fecal microbes from healthy and food-allergic infants to germ-free mice (who do not possess a microbiome), investigators found that the healthy infant microbiota was protective against the development of food allergies.

“In this study, we looked at a more diverse population across a large range of ages,” said Cathryn Nagler, PhD, the Bunning Family Professor in the Pritzker School of Molecular Engineering, the Department of Pathology and the College at UChicago. “By studying twin pairs, we had the benefit of examining genetically identical individuals who grew up in the same environment, which allowed us to begin to parse out the influence of genetic and environmental factors.”

After a discussion at a research conference, Nagler and her colleague at Stanford, Kari Nadeau, MD, PhD, decided to collaborate on the project. Nadeau, the Director of the Sean N. Parker Center for Allergy and Asthma Research, had been conducting a study on the epigenetics of food allergies and had already collected fecal samples from study participants. Nagler’s lab conducted the sequencing on the samples collected from 13 pairs of twins with and without food allergies, as well as an additional five pairs of twins where both twins had at least one food allergy.

The research team looked at which microbes were present in the fecal samples as well as metabolic products (called metabolites), derived not only from the microbes, but also from host and dietary sources.

“We desperately need biomarkers to understand the immunoregulatory function of intestinal bacteria,” said Nagler. “Metabolites give us clues as to what bacteria are doing mechanistically to regulate the immune response.”

This approach identified 64 distinct sets of bacterial species and metabolites that set apart the healthy and allergic twin groups. Most of these differentially abundant bacteria were members of the Clostridia class, shown to protect against food allergies in several earlier reports from the Nagler lab. Enrichment of the allergy-protective bacteria in the healthy twins, presumably established in early life, persisted into adulthood despite separation and lifestyle changes. In addition, healthy twins showed enrichment for the diacylglycerol metabolic pathway and two specific bacteria: Phascolarctobacterium faecium and Ruminococccus bromii.

“To narrow down from thousands of bacteria to specific species as candidates for future therapeutic interventions, one dimension of data is not enough – bringing together data from multiple dimensions is the key,” said first author Riyue Bao, PhD, now a Research Associate Professor of Medicine at the University of Pittsburgh. “In our study, we harnessed the benefits of both high-throughput microbiome sequencing and metabolic profiling techniques, and were able to nominate two specific species, each involved in distinct metabolite pathways, that can be prioritized as potential targets for future research and therapeutic interventions in food allergies.”

“Tons of people will go to Google and they want to know: ‘Should I eat yogurt? Should I not eat yogurt? Does my microbiome play a role in my disease?’” said Nadeau. “This research is important as one of key ‘bricks’ in knowledge of the human microbiome that needs to be laid down to answer these questions. We can’t say this is a cause and effect relationship yet, but we can say that there is an association with disease and health. So now we can start to ask, what does this mean?”

While the study only included a small group of participants, researchers are excited by the results and how they can be applied to future projects.

Future research will investigate the specific roles of these bacteria in food allergies; for example, R. bromii is a keystone species in the degradation of resistant starch — dietary starch that normally escapes digestion. Nagler plans to investigate how dietary supplementation with resistant starch can affect R. bromii’s presence in the fecal microbiome, and in turn whether or not it can boost the response to oral immunotherapy, the only currently available treatment for food allergies.

The study, “Fecal microbiome and metabolome differ in healthy and food-allergic twins,” was supported by the Sunshine Charitable Foundation, the Moss Family Foundation, NIAID (R56AI134923, R01AI140134) and NHLBI (R01HL118162). Additional authors include Riyue Bao of the University of Chicago (now at the University of Pittsburgh Medical Center), Lauren A. Hesser of UChicago, and Ziyuan He and Xiaoying Zhou of Stanford University.

About the University of Chicago Medicine & Biological Sciences

The University of Chicago Medicine, with a history dating back to 1927, is one of the nation’s leading academic health systems. It unites the missions of the University of Chicago Medical Center, Pritzker School of Medicine and the Biological Sciences Division. Twelve Nobel Prize winners in physiology or medicine have been affiliated with the University of Chicago Medicine. Its main Hyde Park campus is home to the Center for Care and Discovery, Bernard Mitchell Hospital, Comer Children’s Hospital and the Duchossois Center for Advanced Medicine. It also has ambulatory facilities in Orland Park, South Loop and River East as well as affiliations and partnerships that create a regional network of care. UChicago Medicine offers a full range of specialty-care services for adults and children through more than 40 institutes and centers including an NCI-designated Comprehensive Cancer Center. Together with Harvey-based Ingalls Memorial, UChicago Medicine has 1,296 licensed beds, nearly 1,300 attending physicians, over 2,800 nurses and about 970 residents and fellows.