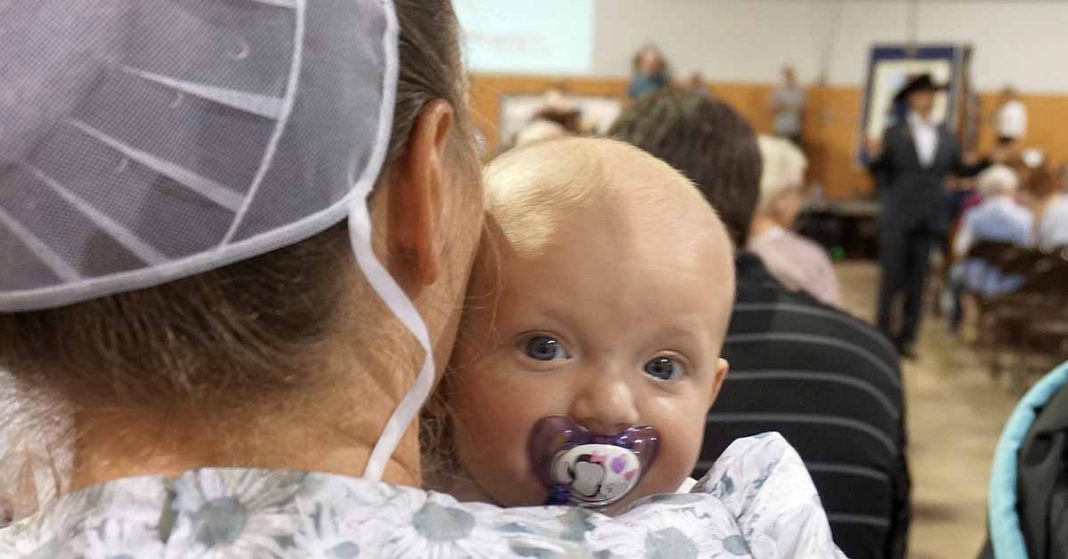 Women from traditional farming communities, such as old order Mennonites, may pass protection against atopic diseases on to their infants through their milk

Atopic diseases, which include eczema, allergic rhinitis, asthma, and food allergy, are closely linked to allergies against airborne particles, such as pollen, dust, mold, or animal dander, or foodstuffs like peanut, milk, soy, shellfish, or wheat. Until the early 20th century, allergy was thought to be a rare disease. But since in the 1920s to 1930s and especially since the second half of the 20th century, the prevalence of allergies has exploded in Western societies. For example, the European Academy of Allergy and Clinical Immunology estimates that half of the population of the EU will have allergies by 2025: an increase by 20 percent points since 2015. Similarly, a survey from 2020 estimated that approximately 100 million (30%) Americans of all ages have allergies today.

What drives this ongoing explosion? Multiple lifestyle and environmental risk factors have been proposed. These include increases in the use of broad-spectrum antibiotics, detergents, antiseptic soap, and cesarian births, as well as changes in the home, such as decreased ventilation, increased carpeting and furnishing, and increased temperature. Another probable factor is the steady decrease in the time spent playing outside by children, resulting in less physical activity, a higher body mass index, shallower breathing patterns, less exposure to bacteria, and a greater exposure to indoor allergens.

Traditional farming lifestyle may be a protective factor

“Research on very traditional farmers in Europe and North America has pointed to another lifestyle risk factor: a decrease in the consumption of unpasteurized farm milk, large families, and exposure to farm animals and stables along with transportation by horse and buggy,” says Dr Kirsi Järvinen-Seppo, an associate professor at the Division of Pediatric Allergy and Immunology and the Center for Food Allergy of the University of Rochester in the USA.

“Such a lifestyle was once common around the world, but today is largely restricted in Western countries to some religious communities, such as the Amish or old order Mennonites. Allergies are far less common among them, which suggests that their traditional lifestyle may be a protective factor against the development of atopic diseases.”

In a study published today in Frontiers in Immunology, Järvinen-Seppo and colleagues find evidence that this ‘farm-life effect’, which protects against the development of allergies, is partly passed on by mothers to their babies through breast milk.

“Here we show that breast milk from moms in a community of old order Mennonites contains higher concentrations of IgA antibodies against food allergens, dust mites, and bacteria associated with farm animals, as well as higher levels of certain cytokines, signaling proteins important for regulating the immune system,” says Dr Juilee Thakar, an associate professor at the Department of Microbiology and Immunology and the Department of Biostatistics of the University of Rochester, and a coauthor of the study.

“Our study is the first to compare the amounts of antibodies, cytokines, human milk oligosaccharides, metabolites, and important microbiota in mother’s milk between women from a very traditional community and women from a nearby city. Our results indicate that women on such traditional farms generate immunity through long-term exposure to farm animals and foods such as unpasteurized farm milk and eggs. The results also suggest that babies can acquire some protection against allergic diseases through their mother’s milk,” says Järvinen-Seppo.

Old order Mennonites, anabaptist Christians named after the Frisian reformer Minne Simens (1496-1561; commonly hollandized to Menno Siemens), are people of Swiss and South German heritage who live on traditional one-family farms with little modern technology. Their lifestyle is a reasonable proxy for that of rural communities in Western countries until the dawn of the 20th century.

Järvinen-Seppo and colleagues collected breast milk from 52 mothers with babies between two weeks and six months of age in the community of old order Mennonites of Penn Yan, New York, and from 29 mothers with a modern urban lifestyle in the nearby city of Rochester. They used questionnaires and follow-up phone calls to ask moms about their lifestyle and environment, and whether they or their babies had any symptoms of atopic diseases. They then measured the milk’s concentration and activity of IgA antibodies – important for protecting the respiratory system and gut against microbes – as well as the concentration of oligosaccharides, cytokines, and metabolites of fatty acids. They also using ribosomal RNA gene sequencing to determine which species of bacteria were carried from mother to baby in milk.

As expected, old order Mennonite mothers self-reported a greater exposure to farm animals, dogs, unpasteurized farm milk, and barns, a higher rate of giving birth at home, more frequent use to bleach to sterilize the home, and a lower exposure to antibiotics and pesticides. Crucially, they also reported a lower rate of atopic diseases for themselves and their babies.

The researchers show that breast milk from the old order Mennonite mothers contained more IgA1 and IgA2 antibodies against peanut, egg ovalbumin, dust mites, and the bacterium Streptococcus equii, a pathogen of horses. The milk from Mennonite mothers contained milk microbes, such as bacteria from the families Prevotellaceae, Veillonellaceae, and Micrococcaceae, and higher concentrations of certain oligosaccharides and fatty acids.

Coauthor Dr Antti E. Seppo, an associate professor at the Department of Pediatrics of the University of Rochester, concludes: “Our findings indicate that that breast milk from old order Mennonite mothers contains higher levels of beneficial antibodies, microbes and metabolites that help to ‘program’ the developing gut microbiota and immune system of their babies. These may protect infants against developing allergic diseases. This is important, because it can help explain why atopic diseases are currently exploding in Western populations, and perhaps one day these insights may help to prevent or mitigate these diseases.”