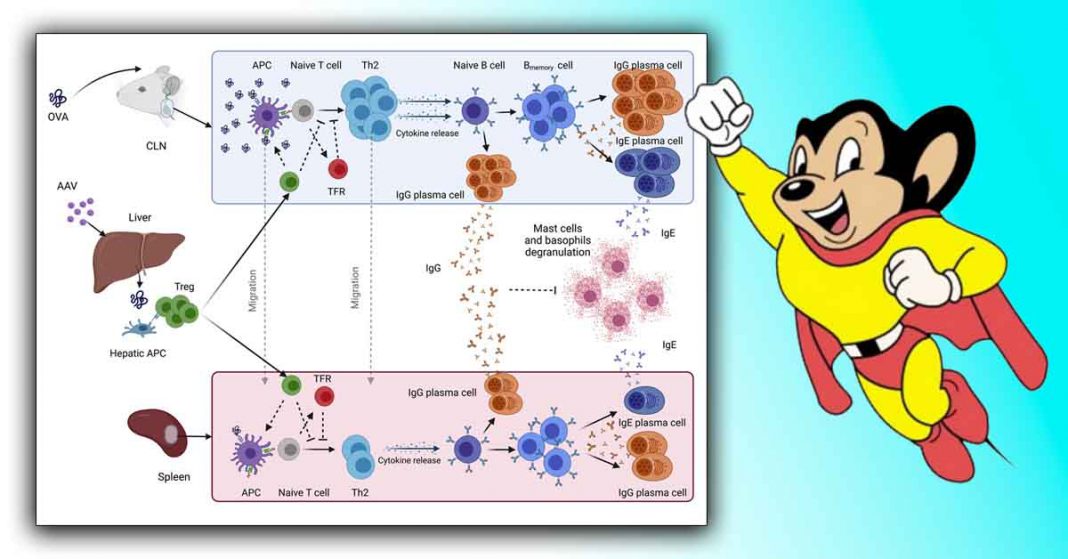 Dr David Markusic, an immunologist at Indiana University, was working on a cure for Hemophilia B, a clotting disorder where a mutation in the gene for coagulation protein factor IX leads to excessive bruising and bleeding. Markusic was developing a therapy to restore the correct function of the gene.

While testing the therapy, some mice developed anaphylactic reactions that were so severe they died within minutes of the treatment. Markusic wondered how he could prevent such immune responses to the proteins he was delivering in his therapy.

We inadvertently found that we could prevent the factor IX allergic responses using gene therapy. Based on that, I developed an interest in seeing if we could apply this approach to treat allergies, particularly food allergies, because I thought there was a bit of an unmet need for reliable therapies in this patient population

The researchers used flaky tail mice — a breed with skin mutations that allow allergens to more easily penetrate the skin and induce allergies — to create a cohort allergic to eggs by exposing them to ovalbumin.

They then injected the now egg-allergic mice with an adenovirus vector containing the gene for ovalbumin, which targeted their livers to induce tolerance.

Finally, they exposed the mice to environmental ovalbumin to measure their immune reactions.

The allergic mice treated with the therapy were virtually unaffected by the exposure while the untreated mice experienced the telltale signs of allergic reactions, producing B-cells, T-cells, and a variety of antibodies.

Their research was published in the journal Molecular Therapy. Their hope is that their work leads to a one-time or periodic treatment that will provide a better alternative to current food allergy treatments.