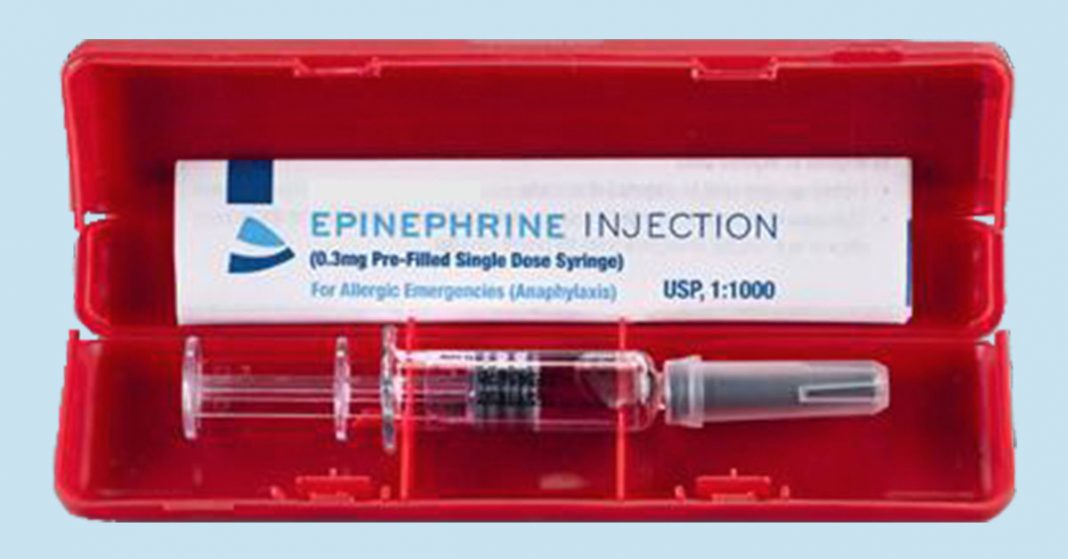 The market is anticipating FDA approval of a novel method of delivering emergency epinephrine.

The stock price of Adamis Pharmaceutical Corp (NASDAQ:ADMP) has risen 23% year-to-date on speculation their pre-filled epinephrine syringe will receive US Food and Drug Administration approval on June 15, 2017.

We’ve kept an eye on the progress of the Adamis offering which was rejected by the FDA twice before and resubmitted for consideration in December. Maxim analyst, Jason Kolbert, believes the Epinephrine Pre-Filled Syringe (PFS) has passed all the major hurdles and will receive approval.

The PFS is not an auto-injector, but a portable syringe pre-filled with epinephrine that can be administered by trained individuals including EMTs, school nurses, and adults with severe allergies. Because it does not rely on a complicated mechanism for needle insertion and retraction, it should be priced significantly lower than auto-injectors currently on the market.

We anticipate introduction of a lower priced emergency epinephrine device will spur competition in the auto-injector market resulting in lower prices and increased adoption of stock epinephrine in schools, restaurants, and other places of public accommodation.