Study: Epinephrine and More Trained Staff to Administer It Needed in Schools 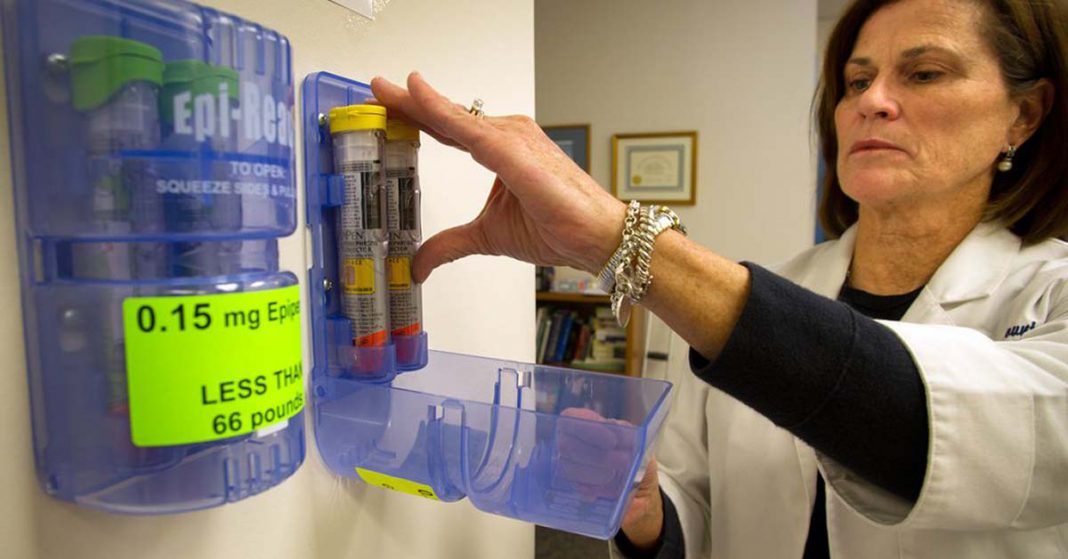 First the good news: If there was any doubt, life-saving epinephrine is being administered in schools when students experience severe allergic reactions. The bad news? One sixth of the time it was administered by an unlicensed staff member or students.
A study presented Sunday at the American Academy of Pediatrics 2017 National Conference & Exhibition looked at over 1200 electronic surveys completed by school nurses during the 2014-2015 school year, of which one third (34%) of respondent nurses reported being responsible for covering more than one building.


Click to visit sponsor
The results were startling: nearly one-quarter (23.9%) reported that emergency epinephrine had been administered at their school for severe reactions. Of 482 reported administrations:

“The findings highlight the importance of having a supply of epinephrine available in schools, and people trained to administer it during an allergy emergency,” said Dr Michael Pistiner, author of the abstract and Director of Food Allergy Advocacy, Education and Prevention at MassGeneral Hospital for Children in Boston.

“Despite the potential severity of food allergy reactions, there are many schools where the nurse may not be onsite at all times,” said Dr Julie Wang, a co-author of the abstract and an associate professor of pediatrics and allergy and immunology at Icahn School of Medicine at Mount Sinai. “Training other school workers may be beneficial,” she said, “and it would extend the school nurses’ ability to manage students with food allergies in schools.”
Sources:
Print or share this article
Print
Mail
Tweet
Share
Print or share this article
Print
Mail
Tweet
Share
Click to visit sponsor
Previous article
Enjoy Life Goes Teal, Introduces New Grain & Seed Bars
Next article
10 Year-Old Brother Saves 14 Year-Old Girl with Food Allergies From Anaphylaxis