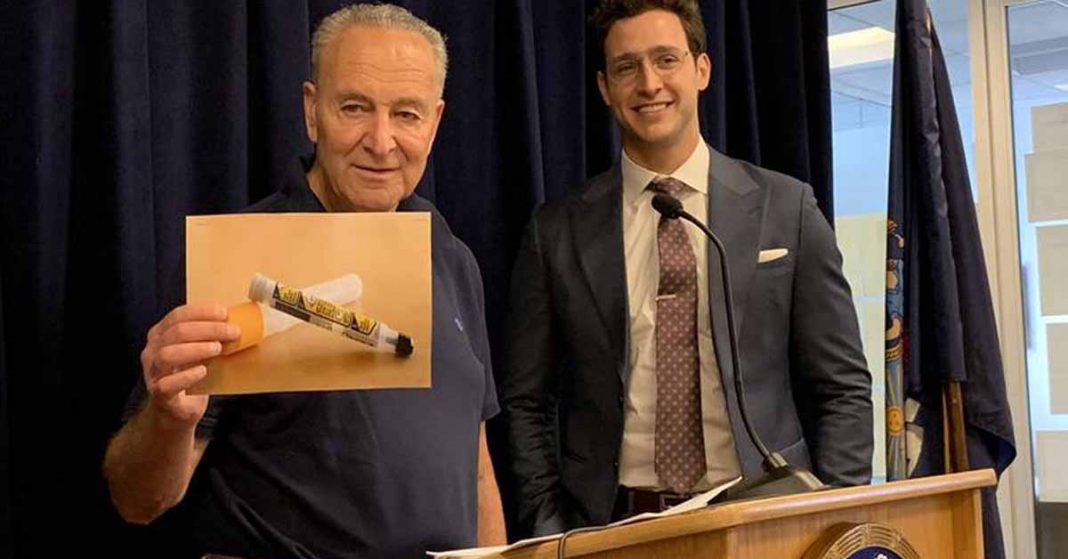 This evening, New York Senator Chuck Schumer called on the Federal Aviation Administration to lift an exemption that allows airlines to forgo keeping stock epinephrine onboard. “Stock” epinephrine refers to medication that can be used when an individual experiences a life-threatening allergic reaction known as anaphylaxis regardless of whether that person has been prescribed the drug.

Airlines were granted a four-year exemption from carrying epinephrine in 2016 due to ongoing shortages of the devices caused by manufacturing issues at Meridian Medical Technologies, a unit of Pfizer. Meridian manufacturers EpiPen and EpiPen Generic for Mylan as well as the Adrenaclick Generic for Amneal Pharmaceuticals.

Schumer’s call comes in the wake of a number of recent incidents where passengers have suffered anaphylaxis aboard airliners.

Other emergency epinephrine alternatives are available today, including Auvi-Q by Kaleo and an EpiPen generic by Teva — both traditional auto-injectors — as well as a prefilled single dose syringe called Symjepi marketed by Sandoz.

We all know that millions of Americans​ — over 30 million ​— ​have food allergies, and if you go into anaphylactic shock, the solution is an EpiPen​.

Now if you’re walking down the street, someone might have one. An ambulance or doctor is ​quite nearby. If you’re on the plane and there is no EpiPen, it could be fatal.

You can listen to Schumer’s remarks in this report by WCBS Radio: