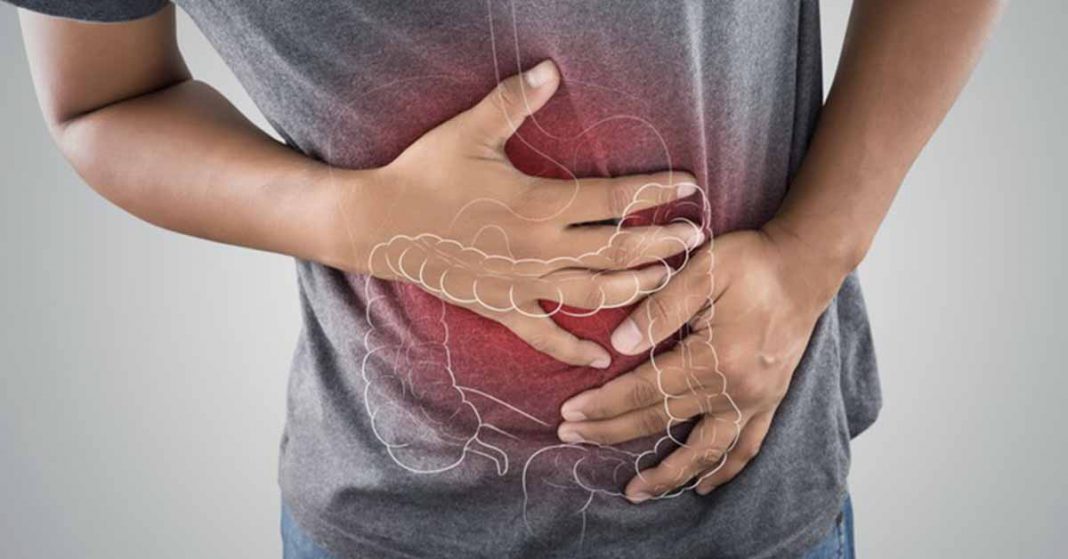 According to the American College of Gastroenterology, irritable bowel syndrome (IBS) is a common disease of the large intestine that causes bloating, constipation and/or diarrhea, and abdominal pain along with a number of other non-intestinal symptoms such as difficulty with sexual function (pain during intercourse or lack of libido), muscle aches and pains, fatigue, fibromyalgia syndrome, headaches, back pain, and urinary symptoms including urinary urgency, urinary hesitation or a feeling of spasm in the bladder.

Gluten-free and other modified diets often provide some relief, but the reasons for this are unknown because the patients are not allergic to the foods nor do they have celiac disease.

While an estimated 10-15% of adults in the US suffer from IBS, only 5-7% have been diagnosed with the disease. Diagnosis is generally made based on the patient’s symptoms alone and the lack of a reliable diagnostic test means some doctors may treat IBS as a psychosomatic illness, i.e. “all in your head”.

Now, researchers from the Katholieke Universiteit (KU) Leuven in Belgium have been able to induce IBS and have discovered similarities between how people with IBS experience abdominal pain and how some people with allergies react to food.

In a study published in the journal Nature, Gastroenterologists at KU Leuven observed that patients with IBS frequently reported their first symptoms after a bout of food poisoning, so the researchers started with the concept that an infection of the gut while a particular food is present might sensitize the immune system to that food. They infected mice with a stomach bug followed by the introduction of the egg white protein ovalbumin. Once the bug was cleared, the researchers fed the mice ovalbumin to see if their immune systems had become sensitized to eggs.

The results were affirmative: the ovalbumin on its own provoked mast cell activation, histamine release, and digestive intolerance with increased abdominal pain. This was not the case in mice that had not been infected with the bug and received ovalbumin.

The researchers then chronicled the sequence of events leading from the ingestion of ovalbumin through activation of their mast cells, a component of the immune system responsible for immediate allergic reactions. They found that unlike reactions caused by food allergies, the immune response only occurred in the area of the intestine that was infected by the bug.

The researchers then experimented with 12 IBS patient volunteers to see if they reacted the same way. When food antigens associated with IBS (gluten, wheat, soy and cow milk) were injected into the intestine wall of the patients, they produced localized immune reactions similar to those seen in the mice. No reaction was observed in healthy volunteers.

Said Professor Guy Boeckxstaens, a gastroenterologist at KU Leuven and lead author of the study:

Very often these patients are not taken seriously by physicians, and the lack of an allergic response is used as an argument that this is all in the mind, and that they don’t have a problem with their gut physiology. With these new insights, we provide further evidence that we are dealing with a real disease.

Boeckxstaens speculates that this points to a spectrum of food-related immune diseases. “At one end of the spectrum, the immune response to a food antigen is very local, as in IBS. At the other end of the spectrum is food allergy, comprising a generalized condition of severe mast cell activation, with an impact on breathing, blood pressure, and so on.”

A larger clinical trial of the antihistamine treatment is currently underway. “But knowing the mechanism that leads to mast cell activation is crucial, and will lead to novel therapies for these patients,” says Prof Boeckxstaens. “Mast cells release many more compounds and mediators than just histamine, so if you can block the activation of these cells, I believe you will have a much more efficient therapy.”