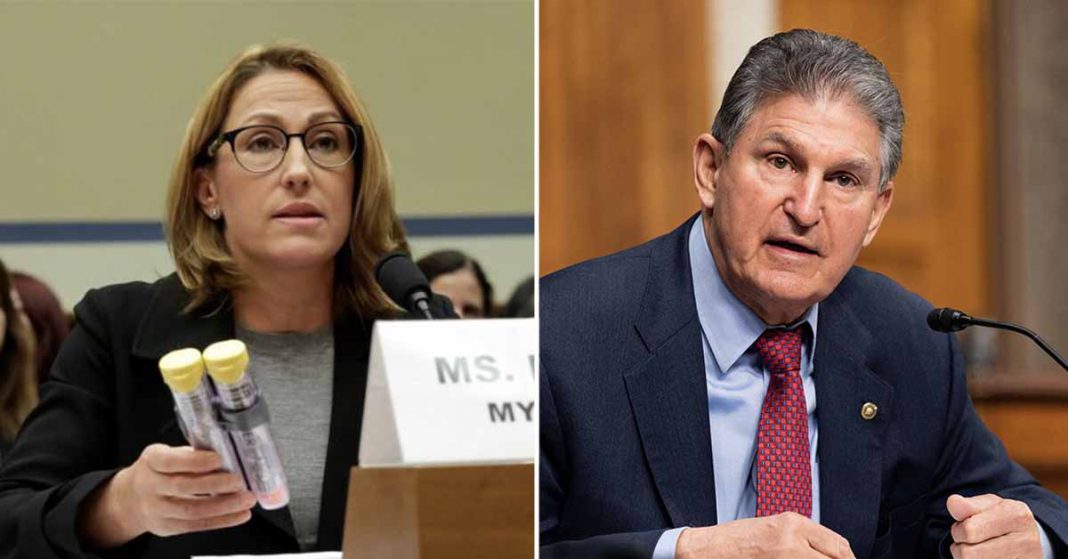 As we reported two weeks ago, court documents show that Heather Bresch, the former CEO of Mylan, played an integral role in the EpiPen pricing scandal that saw the price of a two-pack skyrocket from $124 in 2009 to $609 in 2016. EpiPens are epinephrine auto-injectors, life-saving devices that individuals with food allergies must carry should they inadvertently be exposed to their allergen of concern and suffer anaphylaxis, a catastrophic reaction.

But as Mylan was jacking up the price of EpiPen, one political figure gained most from the machinations going on at the company: Joe Manchin, US senator of the great state of West Virginia, who happens to be Bresch’s father.

As reported in Open Secrets, Mylan was one of the largest contributors to Manchin’s campaigns, donating around $211,000 since 2009 via the company’s political action committee (PAC) and employees.

During Manchin’s first senate run in 2010, Mylan’s PAC and employees were the top donors to his campaign, and in his second run in 2016, Mylan was the second-largest contributor.

Back in 2016, the House Committee on Oversight and Government Reform called Bresch to testify regarding the EpiPen price hikes. Ranking Democrat on the committee, the late Elijah Cummings, said:

There is justified outrage from families and schools across the country struggling to afford the high cost of EpiPens. We look forward to receiving answers next week from Mylan about its dramatic price hike for this life-saving medication.

During her testimony, Bresch said:

Looking back, I wish we had better anticipated the magnitude and acceleration of the rising financial issues for a growing minority of patients who may have ended up paying the full price or more.

Afterward, Manchin praised his daughter to Bloomberg News, saying she was “compassionate” and “generous”. Said Manchin:

We make a point, ever since I’ve been in this position, and when I was governor, we made a point – we just didn’t get involved. It’s so convoluted, I don’t understand. To get into something you don’t understand and your daughter being in this type of industry – it was best I stayed away.

But not too far away. Manchin continued to accept campaign contributions from Mylan.