Report: How Stock Epinephrine was Used in Illinois Schools 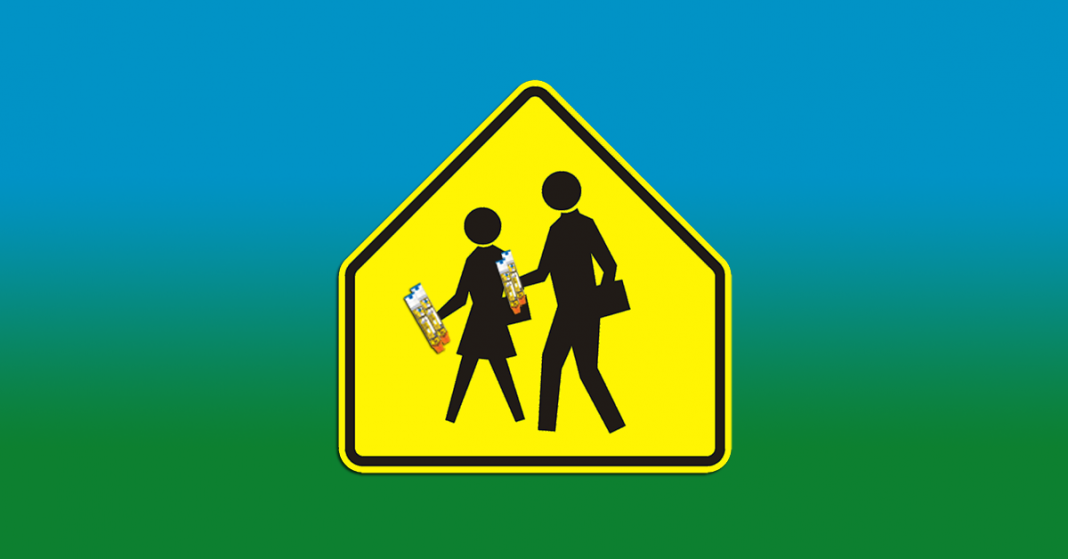 The Illinois State Board of Education issued a report last month summarizing the use of undesignated (i.e. stock, open prescription) epinephrine for the 2014-15 school year. If you had any doubts about the need for stock epinephrine in schools, this report should lay those to rest.

65 administrations of epinephrine were reported over the school year from 17 districts representing 59 public schools.

Here’s the breakdown of the ages of children who received epinephrine: 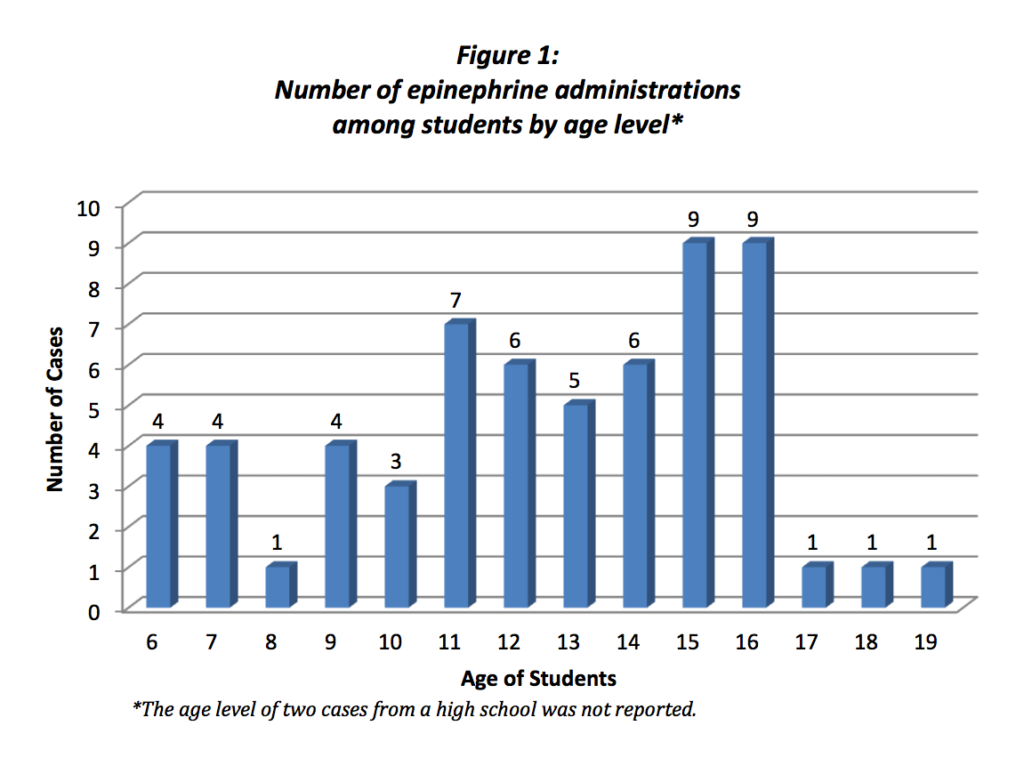 Note that children between the ages of 11 and 16 received the most administrations, with 15 and 16 year olds topping the list.

Here’s the breakdown of the foods that were reported as triggers for the onset of anaphylaxis in those children that were previously diagnosed with a severe allergy: 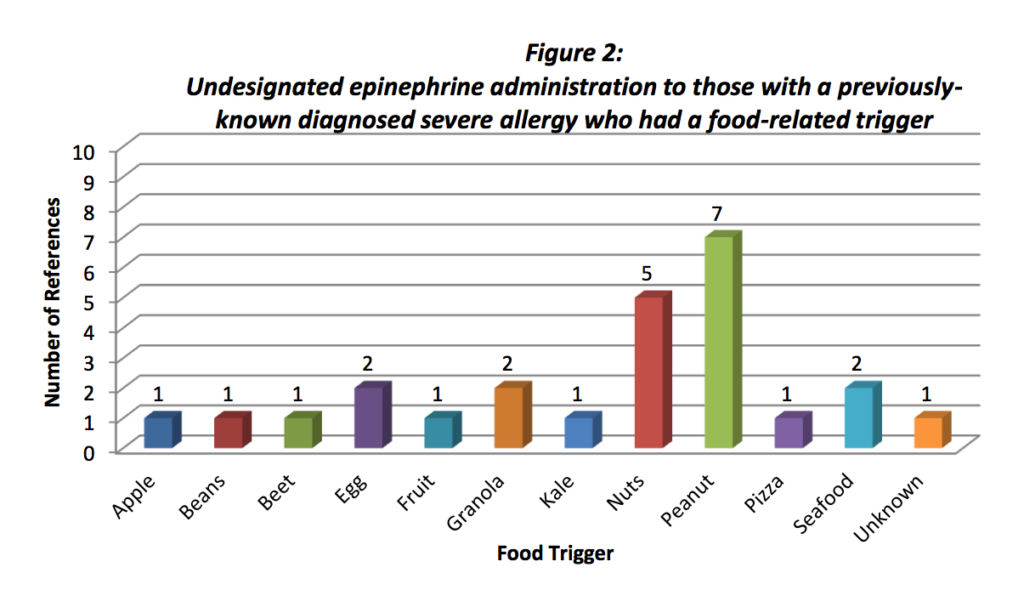 Peanuts and tree nuts were responsible for at least half of the identified triggers of anaphylaxis. (Granola often contains peanuts and/or tree nuts as well.)

Here is a similar breakdown of the foods reported as triggers in the children that were not previously diagnosed with a severe allergy: 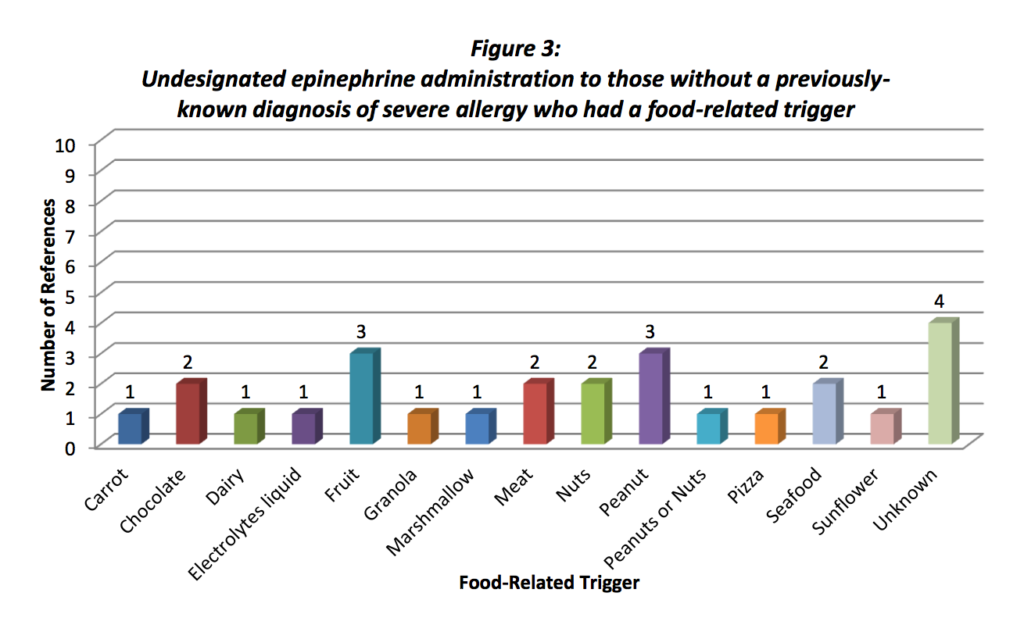 There is no clear prevalence of any particular food trigger in this group.

Keep in mind that this report is not at all a rigorous scientific study. There is no way to know how many Illinois schools maintain stock epinephrine as they are not required to report unless they administer the drug, and the determination of which food triggered the onset of symptoms in each circumstance is likely subjective, as the student may have consumed a number of foods any one of which could have caused the reaction.

What we do know for certain is that more than half of the administrations of undesignated epinephrine occurred in students and/or staff that had no prior diagnosis of severe allergy and as such would not have self carried and would not have otherwise received epinephrine until emergency personnel arrived on the scene. We know that the earlier the epinephrine is administered during anaphylaxis, the better the outcome.

This is yet another indicator that the availability of stock epinephrine and training in its administration should be required of all schools throughout the country.

What does your state require? Here’s a state-by-state map maintained by Food Allergy Research and Education (FARE): 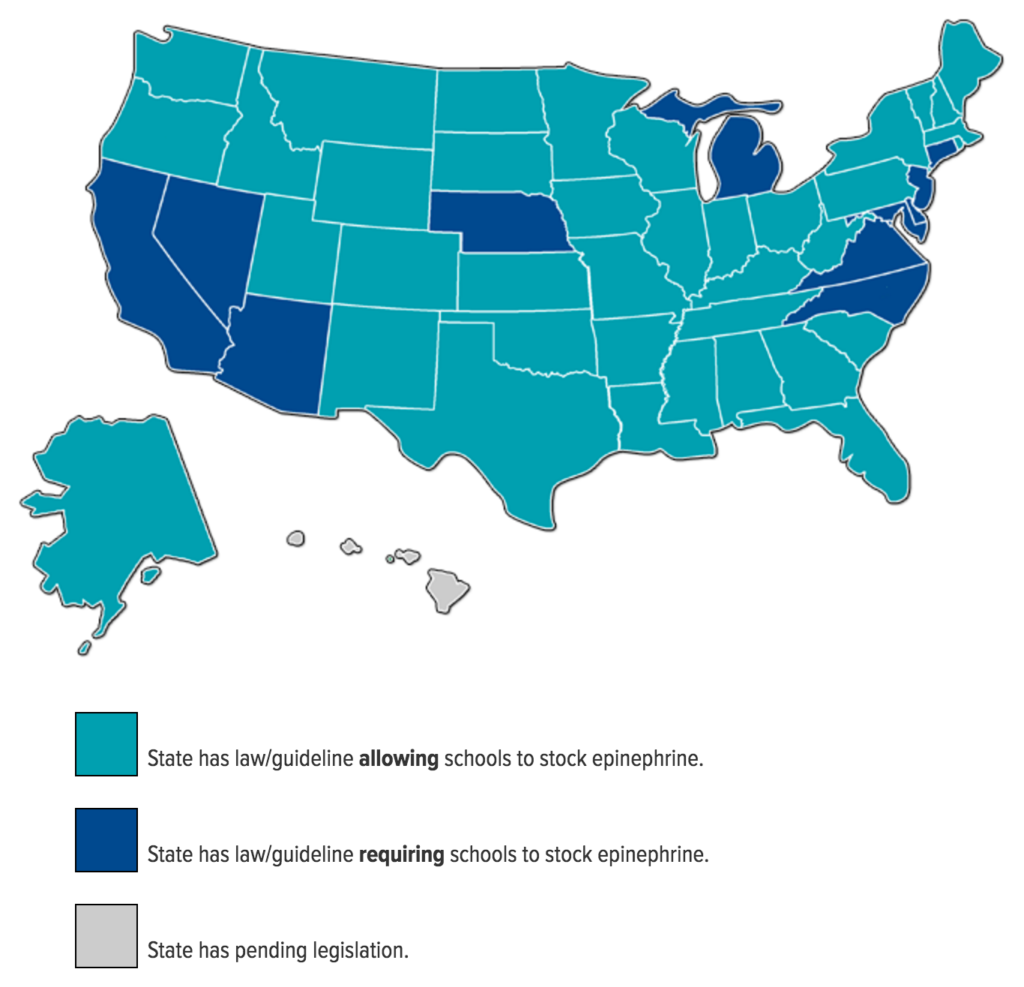 We at SnackSafely.com also advocate that stock epinephrine be made available in all places of public accommodation, much the same as automated external defibrillators (AEDs) are today, and training in its administration should be as common as CPR training.