Does Aralyte™ Capitalize on Parents' Fear of Peanut Allergy? 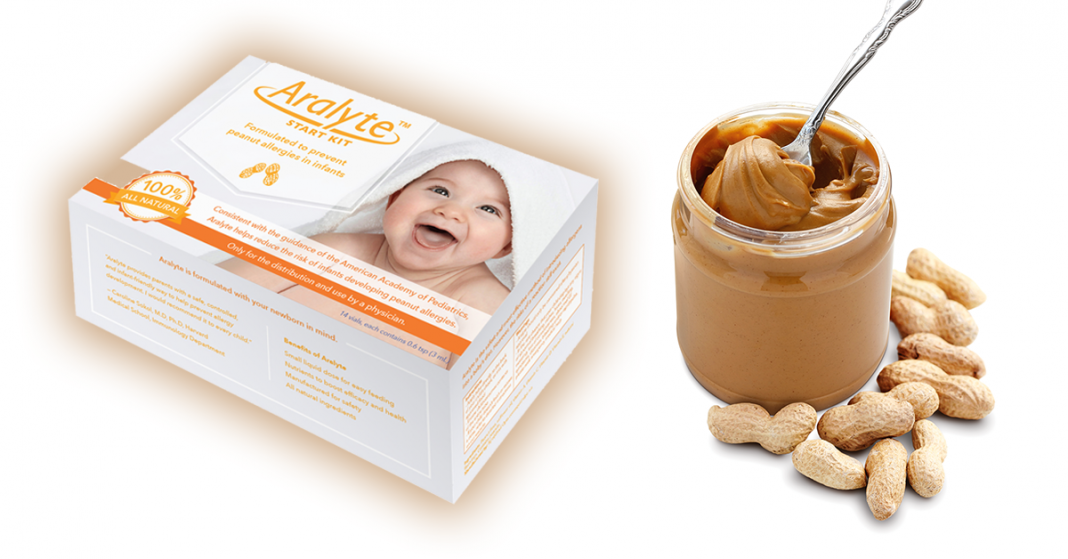 The landmark LEAP study published in February 2015 found that introduction of peanut protein to high risk infants 4-11 months of age resulted in the relative risk reduction of developing peanut allergy by 80%.

In June of that year, the American Academy of Pediatrics endorsed the “Consensus Communication on Early Peanut Introduction and the Prevention of Peanut Allergy in High-Risk Infants”, a statement issued by a consortium of leading allergy and pediatric societies.

The combination of the study and the consensus statement radically changed the prevailing advice given by pediatricians at the time, which was to avoid the introduction of peanuts until later in childhood.

Yesterday, the Boston Globe’s “Cutting Edge” section featured an article on the introduction of Aralyte™, a “peanut introduction kit” that provides parents a way to introduce peanut protein to their infants 4-11 months old in keeping with LEAP study findings.

Here’s how Antera Therapeutics, the marketers of Aralyte, describe the product:

Aralyte is an all-natural formula that makes giving peanut protein to your child safe and easy. Each liquid dose contains clinically supported amounts of peanut protein as well as essential nutrients such as vitamin D. The first dose can be administered in your doctor’s office, and the remaining doses are continued in the comfort of your home.

Note that the product is not a prescription drug or therapy; it is better classified as a nutraceutical: a fortified food that provides some medical benefit. As such, Aralyte can be ordered by doctors and parents alike directly from the Antera website.

All well and good, until we visited the site to determine Aralyte’s cost.

The “Order” page provides the following advice to parents:

At-home dosing is recommended for all infants for a minimum of 3 months. Based on your child’s risk level, however, your doctor may recommend Aralyte for a longer period of time. Doctors agree that 24 months of Aralyte offers maximum protection.

Assuming you purchase the 24 month course of Aralyte – providing the maximum discount – the product will cost you $50/month, totaling a whopping $1200!

Given the cost, one would assume Aralyte has ingredients that make the product more effective than a pedestrian food such as peanut butter. Here’s what’s in Aralyte, according to their FAQ:

Aralyte contains all-natural organic, distilled peanut extract and complete doses of essential vitamins like vitamin D, making it perfect for use in combination with breastfeeding or infant formula.

Here is a quote from the consensus statement  referred to above (emphasis ours):

There is now scientific evidence (Level 1 evidence from a randomized controlled trial) that health care providers should recommend introducing peanut-containing products into the diets of ‘‘high-risk’’ infants early on in life (between 4 and 11 months of age) in countries where peanut allergy is prevalent because delaying the introduction of peanut can be associated with an increased risk of peanut allergy.

Box 2. Examples of peanut-containing foods used in the LEAP trial

*Other foods more customary to particular nations/cultures can be substituted.

Whole peanut is not recommended for introduction because this is a choking hazard in children less than 4 years of age.

There is absolutely no mention of the need for special preparations of peanut protein, only that peanut-containing products should be introduced early in life, and the examples do not provide precise quantities of each to be consumed.

So why choose Aralyte over peanut butter?

The first difference between administering Aralyte and peanut butter is safety. With Aralyte, parents have the option of first exposing their child to peanut in their physician’s office.

Second, unlike peanut butter, Aralyte makes early introduction easy, infant-friendly, and stress-free. Aralyte is less than a teaspoon of liquid formulation each day and can be fed directly to your child or mixed with infant formula and other baby foods.

Indeed, Aralyte is a liquid provided in single-serve vials, making it easier to mix with formula or breast milk than peanut butter or other source of peanut protein. How much easier is a matter for debate.

This statement seems targeted directly at the fears of parents that already have a child with a peanut allergy and keep their kitchens peanut-free. That said, there is always the potential that a vial of Aralyte could contaminate a peanut-free kitchen as well.

Is the value worth the expense to your family? Let us know by commenting below.