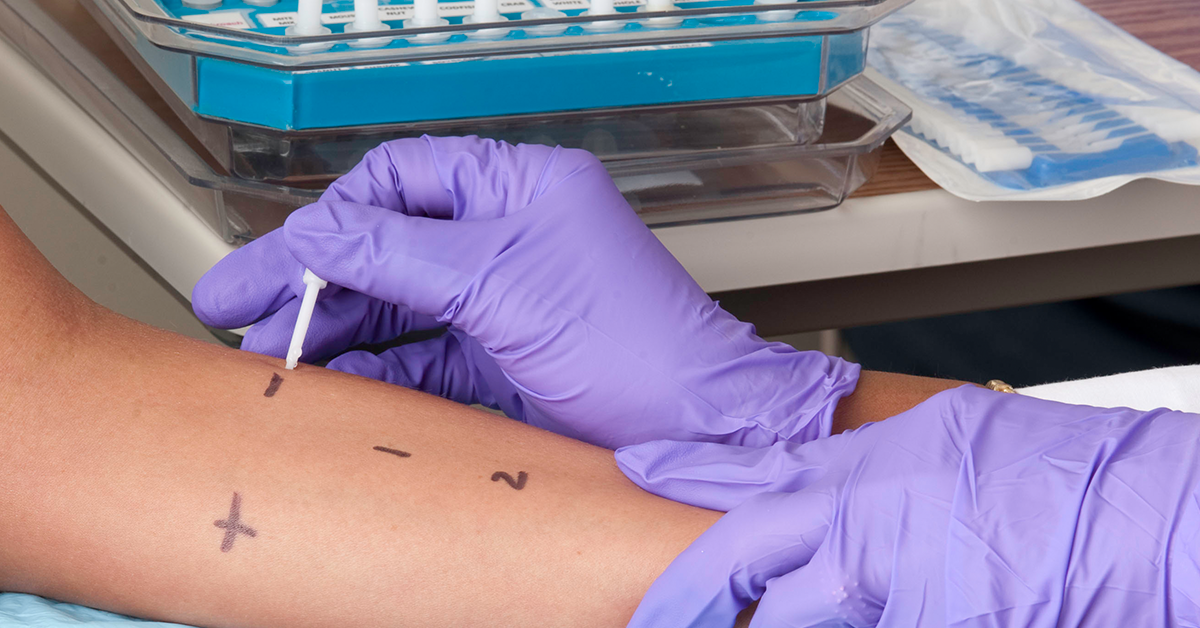 Reports from researchers on the front lines of the quest for safe, effective, and long lasting food allergy therapies are being presented at the American Academy of Allergy, Asthma & Immunology (AAAAI) annual meeting currently taking place in Atlanta.

Here’s a quick recap from the AAAAI press release issued this morning. Note that Sublingual Immunotherapy (SLIT) refers to therapies where small doses of an allergen are placed under the tongue, while Oral Immunotherapy (OIT) refers to therapies where small but progressively larger doses of an allergen are ingested.

Children from 1 to 11 years old were treated with peanut SLIT for three to five years. SLIT is a type of allergen immunotherapy that is administered under the patient’s tongue.

Out of the 37 patients who completed the study, 86% were able to safely ingest over 300 milligrams of peanut and 32% were able to handle 5,000 milligrams, or about a fifth of an ounce. The 12 patients who passed the 5,000 milligram oral food challenge were re-challenged two to four weeks after stopping SLIT. Ten out of the twelve (27% of the total participants) passed the challenge, demonstrating sustained unresponsiveness.

Overall, the majority of the subjects were able to become desensitized and a smaller subset were able to obtain sustained unresponsiveness after long-term peanut SLIT.

A group of subjects with a median age of 9 years old received 142 weeks of open label walnut oral immunotherapy after completing 38 weeks of blind, placebo-controlled treatment. The goal was to find how well the therapy desensitized the patients from walnut, as well as to a second tree nut such as pecans, cashew, hazelnut, and pistachios.

“Nine subjects underwent an oral food challenge by week 142. Desensitization to both walnut and a test tree nut was observed in 7 out of the 9 subjects,” said Robbie D. Pesesk, MD. “After four weeks off of walnut oral immunotherapy four out of those seven patients who were desensitized, or 57%, also demonstrated sustained unresponsiveness to walnuts and tree nuts and six out of seven subjects had sustained unresponsiveness to just walnut.”

The study is currently ongoing with additional subjects.

Forty-six patients underwent a series of double-blind placebo-controlled food challenges to determine the safety and effectiveness of wheat oral immunotherapy. At each benchmark, the active group treated with a high-gluten, wheat-flour demonstrated higher successfully consumed doses.

After two years of lower dose wheat oral immunotherapy, 30% of patients achieved desensitization and 13% had sustained unresponsiveness even after 8 to 10 weeks off of the therapy.