Marketer of Generic Epinephrine Auto-Injector to be Acquired 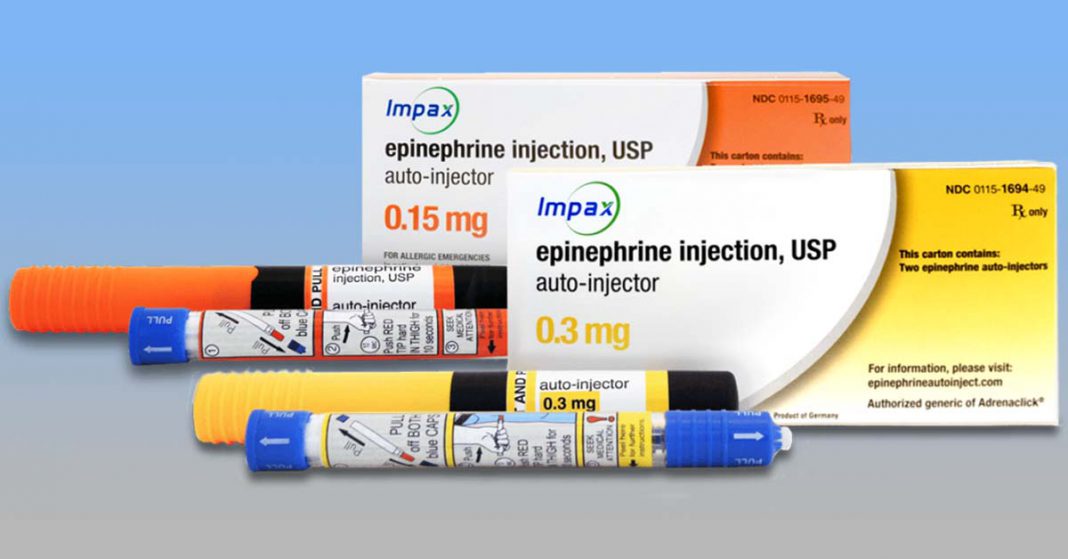 
Click to visit sponsor
Last January, CVS announced it was partnering with Impax to offer the Adrenaclick generic at a price of $109.99 per two-pack, a significant discount from Mylan’s EpiPen price tag.
“We are excited to join with Impax to create one of the most dynamic companies in the pharmaceutical industry,” said Chintu Patel, Co-Chief Executive Officer and Co-Chairman of Amneal. “This combination will help us achieve our long-term goals of providing greater access to safe and affordable medicine for people around the world, while also positioning us for continued success.”
Users of the auto-injector should expect the manufacturer information included with the product to change once the acquisition closes.
Source: Amneal And Impax To Combine – Company Press Release
Errata: a previous version of this article mistakenly included a photo of Mylan’s generic version of EpiPen.
Print or share this article
Print
Mail
Tweet
Plus
Share
Share
Facebook
Twitter
Pinterest
Linkedin
WhatsApp
ReddIt
Mix
Email
Print
Click to visit sponsor
Previous articleBefore Brands Launches SpoonfulOne: Top 8 Allergen Mix-In for Kids
Next articleAimmune, Regeneron and Sanofi Collaborate on Combination Peanut Therapy