Have You Paid $100 or More for an EpiPen? Here’s How to Get Justice for Your Family 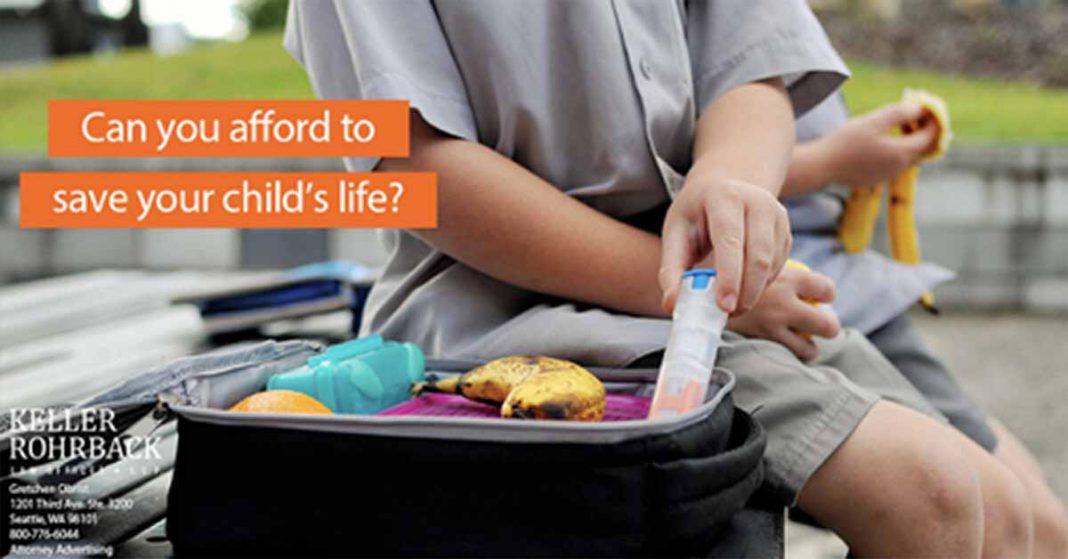 When buying EpiPens to keep your family safe, you’ve likely witnessed how alarming these costs have become—even when you do have insurance.

If you or someone you know has purchased an EpiPen since 2007 that cost $100 or more after insurance, a group of law firms would like to hear your story. The attorneys are working on a class-action lawsuit to seek justice for the unthinkable strain these rising EpiPen costs have put on people dealing with food allergies.

The lawsuit is against CVS Caremark, Express Scripts, Optum, and Prime Therapeutics—the four largest Pharmacy Benefit Managers (PBMs). If you’re wondering what a PBM is and if you have one, you’re not alone. Most people have no idea whether their employer-sponsored healthcare involves a PBM, yet PBMs are very common.

Put simply, a PBM acts as the intermediary between consumers and drug companies. Controlling over 80 percent of health plan-related drug purchases, these top PBMs have a lot of influence in the prescription drug industry, and most importantly, on the cost of your medications. In this case, PBMs have used their market position to negotiate rebates, fees, and other concessions from Mylan, the seller of the EpiPen. The PBMs claim these negotiations reduce the cost of pharmaceutical products, but in actuality, many consumers have seen EpiPen prices increase significantly over time.

These PBMs are common, and they are powerful. According to the Los Angeles Times, Express Scripts reported a profit of $3.4 billion in 2016, up 34 percent from 2015. OptumRx reported an operating profit of $2.7 billion in 2016, up from $1.7 billion the year before. While CVS doesn’t break out its PBM financials, in 2016, this PBM filled or managed approximately 1.2 billion prescriptions. That’s a lot of prescriptions for which American consumers are potentially being overcharged.

These attorneys are here to help. If you have purchased EpiPens through your employer-provided health plan and would like to find out how you can help hold these PBMs accountable, please call 800-776-6044, email consumer@kellerrohrback.com, or submit a secure form here.

Attorney Advertising. Prior results do not guarantee a similar outcome. Not licensed to practice law in all states. Please refer to www.krcomplexlit.com for details.