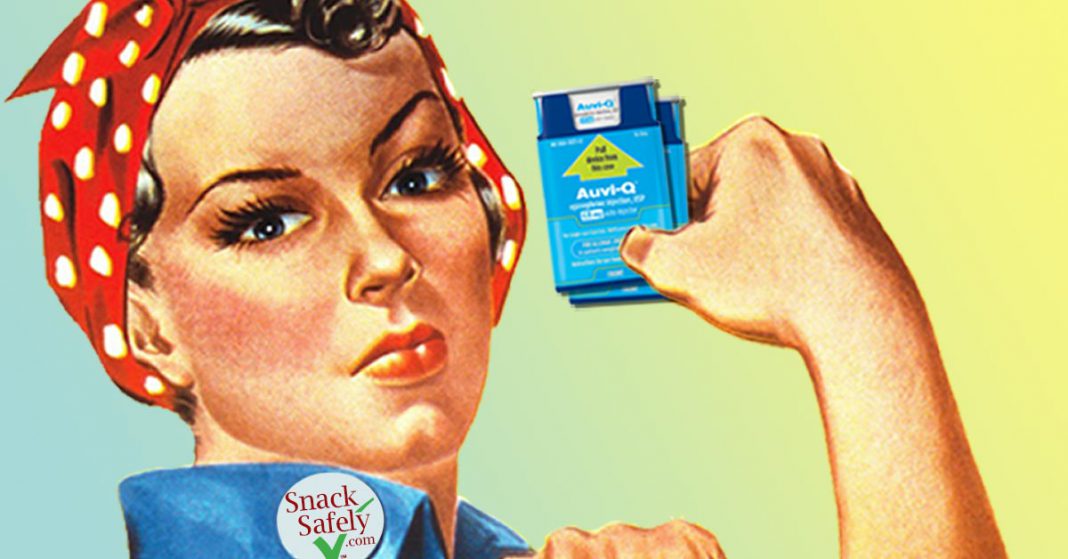 You’re allergic and your allergist has prescribed an emergency epinephrine device, either an auto-injector (EpiPen, Auvi-Q, Teva, and the Adrenaclick Generic) or a pre-filled syringe (Symjepi). They’re expensive and generally expire on an annual basis, requiring you to replace them every year.

You’re conscientious and always take yours along… but why do you need to carry two? There are two important reasons.

A single dose may not be enough

Epinephrine is the only approved drug that can halt the progression of anaphylaxis, a severe, life-threatening reaction. The earlier you administer epinephrine during an anaphylactic reaction, the better the outcome.

Often a single dose of epinephrine may not be sufficient to stop anaphylaxis. In a study entitled “Risk factors for multiple epinephrine doses in food-triggered anaphylaxis in children“ published in the October 2018 issue of the journal Annals of Allergy, Asthma & Immunology, researchers looked at data from 642 children who had suffered allergic reactions. Epinephrine was administered in 221 cases and of those, 11% required the administration of 2 or more doses of the drug.

The authors came to the following conclusion:

This study demonstrates that treatment of anaphylaxis may require more than 1 epinephrine injection. Reactions triggered by milk or requiring treatment with oxygen are at higher risk for needing more than 1 dose of epinephrine. Families of food-allergic children should be counseled on the importance of carrying 2 epinephrine auto-injectors.

But it’s not only children that may require a second dose. In a letter published in the February 2006 issue of the Journal of Allergy and Clinical Immunology, Dr John M Kelso of the Naval Medical Center in San Diego provided a retrospective of a number of studies involving anaphylactic reactions in both children and adults. He came to a similar conclusion:

Even given the paucity of current data, it would seem that in cases of anaphylaxis severe enough to require a dose of epinephrine, it is not uncommon (16% to 36% of cases) to require a second dose. It would thus seem prudent to consider having patients, particularly those at greatest risk for a severe reaction, carry a second dose, either as 2 single injectors or 1 double injector.

Auto-injectors sometimes fail to deliver the full dose of epinephrine

Auto-injectors are complex devices that sometimes fail to deliver epinephrine due to manufacturing defects. There have been numerous recalls of the devices in recent years leading to shortages.

In July 2019, the UK Medicines and Healthcare products Regulatory Agency (MHRA) issued a warning regarding the Emerade brand of epinephrine auto-injectors: the line was discovered to be harboring a manufacturing defect that had the potential to cause the needles to be blocked and not deliver epinephrine when needed. The agency estimated as many as two in every 1,000 devices could be affected but was not able to issue a recall due to a shortage of alternative epinephrine auto-injectors.

That October, Samantha Atkinson, MHRA Director of Inspection, Enforcement and Standards issued the following advisory to those carrying Emerade devices:

It is important to always carry two pens.

At the first signs of anaphylaxis, the patient or carer should administer an Emerade pen by pressing it firmly against the thigh.

If the pen fails to activate, they should immediately use the second pen.

While waiting for the ambulance, additional attempts should be made to activate a failed pen if the patient is not improving.

So make sure to take two epinephrine auto-injectors along everywhere, every time. Should you need a reminder, download a free set of flyers from our “Take 2” campaign.