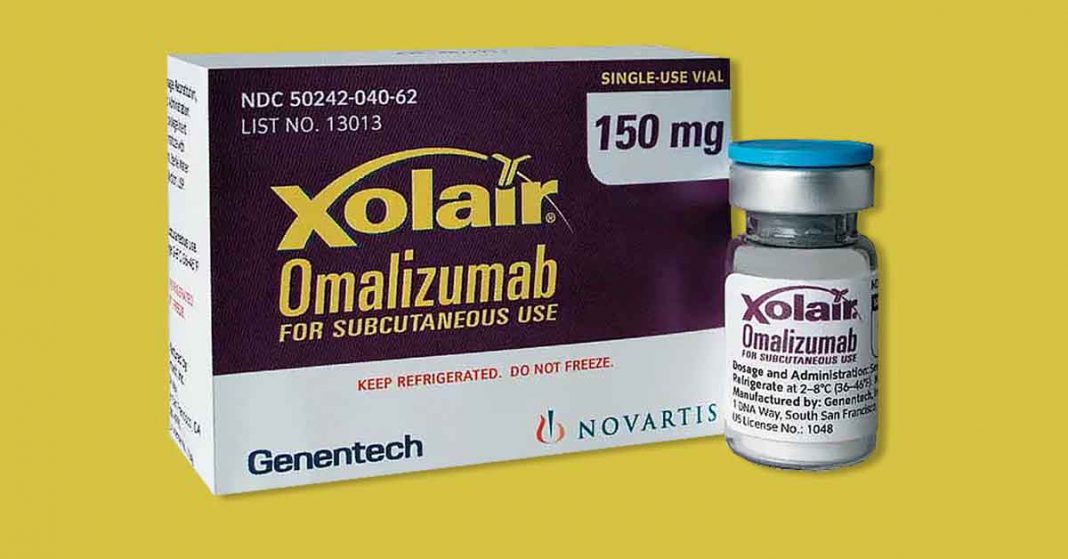 From the 2022 ACAAI meeting in Louisville, KY, Medpage Today is reporting on omalizumab (Xolair) which is proving to be an effective therapy for patients with multiple food allergies according to an ongoing phase 3 study named OUtMATCH.

As presented by Robert A Wood, MD, of Johns Hopkins University School of Medicine, most of the 60 original patients with multiple food allergies tolerated serving-sized portions of their allergenic foods a year after receiving four months of treatment with the anti-IgE antibody drug.

The patients who advanced to the later stage of the study were exposed to their allergens either via oral immunotherapy (OIT) or food challenges conducted at the clinic.

Omalizumab has been granted FDA Breakthrough Designation status for food allergy application. Once the OUtMATCH trial completes and assuming the findings are positive, Wood says Genentech/Novartis plans to seek full approval for the drug as a food allergy monotherapy. He also noted that the trial is exploring the impact of the drug as an add-on to OIT to help increase the safety and efficacy of the therapy.

The OUtMATCH study is a randomized, double-blind placebo-controlled trial for patients ages 1-55 years that have been diagnosed with a peanut allergy or allergies to two or more of the following foods: milk, egg, wheat, cashew, hazelnut, or walnut.

The first stage of the trial consists of 16 weeks of injections of omalizumab as a monotherapy given every 2 to 4 weeks compared with a placebo. Stage two will compare a short course of omalizumab combined with multi-allergen OIT versus a longer course of omalizumab. Stage three will explore the treatment’s duration in participants who will be followed for up to 56 months.

The primary end-point result — the number of patients who successfully consume 600mg or more of peanut protein without dose-limiting symptoms at the conclusion of the first stage — will be reported in 2023. The study completion date is expected in August 2026. According to Wood, 467 patients have been enrolled to date and 179 have been randomized, including 68 participants ages younger than 6 years.

Said Wood: “We believe the study findings will help to inform the optimal use of this treatment, as well as future anti-IgE medications and possibly other biologics, for the treatment of food allergy.”

He added that the ultimate goal is to offer patients with single and multiple food allergies a range of treatment options including biologics, OIT, patches, sublingual immunotherapy (SLIT), and avoidance.

“There are many very novel therapies in the pipeline, but most are 5 to 10 years away if they prove to be safe and efficacious,” he said.