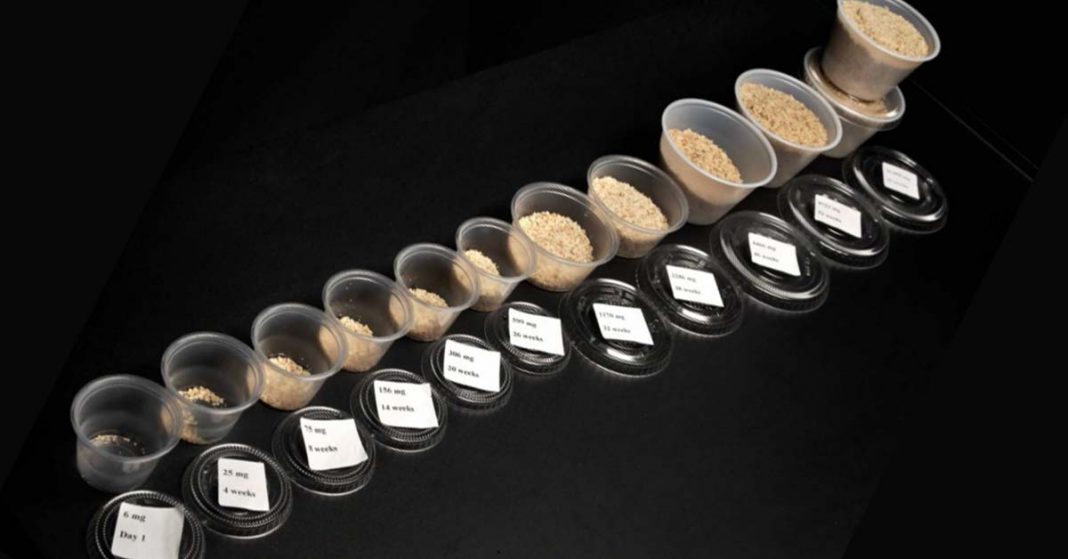 Survey reveals child’s food allergies have major impact on parents’ lives; majority of parents are willing to enroll their child in an immunotherapy clinical trial

Two-thirds of surveyed caregivers felt that their child’s food allergy affected their own daily lives very much or extremely, according to a report in the Annals of Allergy, Asthma and Immunology. Two-thirds of caregivers also expressed significant fear that their child would have an allergic reaction to food. Despite this fear, the majority of caregivers were eager to enroll their child in a clinical trial for immunotherapy, which involves giving the child a gradually increasing dose of the food allergen under close supervision in order to train the immune system to not react to that food. Only 8 percent of caregivers responded that they would not enroll their child in this type of clinical trial.


“Families of children with food allergies live with constant stress that their child might accidentally get exposed to an allergen and have a life-threatening reaction,” says senior author Ruchi Gupta, MD, MPH, from Ann & Robert H. Lurie Children’s Hospital of Chicago, who also is an Associate Professor of Pediatrics at Northwestern University Feinberg School of Medicine. “Their willingness to participate in a clinical trial that would expose the child to the allergen demonstrates how urgently these families desire new therapies for food allergies.”


Click to visit sponsor
Food allergy occurs in up to 8 percent of children in the U.S. Currently there are no approved treatments for food allergy, but several immunotherapy approaches are in clinical trials, including those in which the allergen is administered orally, under the tongue or through a skin patch. While immunotherapy for peanuts is closest to being available on the market, more clinical trials for other allergens like milk and eggs are in the pipeline.
The survey included 369 caregivers who were reporting on 420 children. Overall 92 percent of caregivers said they would or may be interested in enrolling their child, while 70 percent said they thought their child would be interested.
Most caregivers hoped that immunotherapy would allow their child to eat their allergen freely, without experiencing an allergic reaction. However, a substantial portion of caregivers whose children were allergic to peanut (27 percent), tree nuts (22 percent) and shellfish (29 percent) reported that protection from accidental exposure would be their desired outcome of immunotherapy.
Gupta and colleagues also observed that caregivers of the youngest children, 4 and under, were most willing to enroll their child in an immunotherapy clinical trial, with more than 60 percent responding “Yes” and only 4 percent responding “No.” In contrast, caregivers of children who are 13 and older were least willing to participate, with 44 percent responding “Yes” and 20 percent responding “No.”

Click to visit sponsor
“Despite the age related differences we observed, the child’ age was not a significant predictor of interest in clinical trial participation,” says Dr. Gupta. “Out of all the demographic and disease characteristics we investigated, including quality of life, higher parental income was the only significant predictor of the family’s greater willingness to enroll their child in a clinical trial. The influence of family income on clinical trial access is poorly understood and warrants further investigation.”
Dr. Gupta is the Mary Ann and J. Milburn Smith Research Professor for a Sr. Scientist in Child Health Research at the Stanley Manne Children’s Research Institute at Lurie Children’s.
Research at Ann & Robert H. Lurie Children’s Hospital of Chicago is conducted through the Stanley Manne Children’s Research Institute. The Manne Research Institute is focused on improving child health, transforming pediatric medicine and ensuring healthier futures through the relentless pursuit of knowledge. Lurie Children’s is ranked as one of the nation’s top children’s hospitals in the U.S.News & World Report. It is the pediatric training ground for Northwestern University Feinberg School of Medicine. Last year, the hospital served more than 208,000 children from 50 states and 58 countries.
Sources:
Print or share this article
Print
Mail
Tweet
Share
Print or share this article
Print
Mail
Tweet
Share
Click to visit sponsor
Previous article
Resources for Free-From Easter Products
Next article
Study: Reactions Vary in Children with Milk, Egg Allergy