Watch: 'Spell it Out', A New Public Service Announcement About Food Allergies 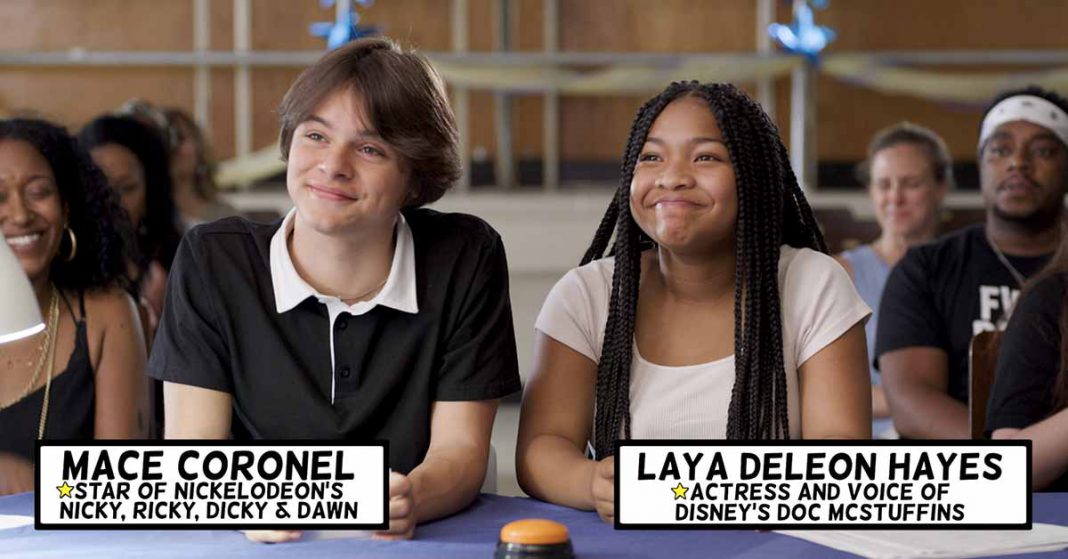 The PSA stars teen actors Mace Coronel (of Nickelodeon’s Nicky, Ricky, Dicky and Dawn) and Laya Deleon Hayes (the voice behind Disney’s Doc McStuffins) as Spelling Bee judges and five children between the ages of six and nine years old, who all have food allergies, as the Spelling Bee contestants. Aimed at children and their caregivers, the PSA addresses several key concepts about food allergies that are often misunderstood: food allergies are real and can be life threatening; anyone can be allergic to any food, at any age; food allergies should be monitored by a doctor.

The PSA is the brainchild of Sammi Mendenhall, a casting director and content producer who runs Sammi Mendenhall Creative in New York City. She worked on a previous PSA with EAT and advertising agency BBDO and was surprised to learn about the prevalence and seriousness of food allergies while on the filming set.

“I was shocked that food allergies were so prevalent in black and brown communities… my community,” says Mendenhall. “Further, I was that person who demanded peanuts on the airplane not realizing the danger they caused to those with peanut allergies.”

A few weeks later, Mendenhall saw a story on the local news about Elijah Silvera, a three-year-old boy with a dairy allergy who died from anaphylaxis after eating a cheese sandwich given to him by his teachers in a New York City daycare center. “I decided to educate myself and others about food allergies,” she says. “This PSA is for the little ones who need help in educating people just like me.”

Mendenhall is also a content producer and active member of Change for Kids, an organization whose mission is to create opportunities for children so they can overcome inequity. The children who star in the PSA attend P.S. 142 elementary school in Lower Manhattan in New York City, which is a Change for Kids partner.

“I realized there was an opportunity to fuse the mission of Change for Kids with the need for food allergy education in underserved schools,” says Mendenhall. “Furthermore, to authenticate the PSA, the kids starring in the PSA actually have food allergies and know first-hand how life-threatening they can be.”

Zareta Ricks, Head of Programs at Change for Kids, adds: “We are empowering our young people to understand and self-advocate for their health and well-being. Providing young people with this type of platform will help definitely raise awareness and ultimately save lives.”

Physician Researcher: “Food Allergies Can Affect Anyone”
Food allergy organizations and the medical community share the common goal of educating the public that food allergies can affect anyone — all ages, races, and socioeconomic backgrounds. “Throughout our research, one thing has become clear: Food allergies can affect anyone from any community, regardless of their background,” says Dr. Ruchi Gupta, a pediatrician and researcher at Northwestern Medicine who is nationally recognized for her groundbreaking research in the areas of food allergy and asthma epidemiology.

In fact, Dr. Gupta’s research has found African American and Hispanic patients not only have higher rates of food allergies compared to Caucasians, but that they also have higher rates of food allergy-related anaphylaxis and emergency department visits. Her research has also demonstrated that, while food allergy affects children in all 50 states, rates are significantly higher among kids living in urban areas relative to more rural ones, even after accounting for important demographic differences.

Food Allergy Organizations Join Forces to Educate Widespread Risks
Last summer, Mendenhall contacted Elise Bates, President of EAT, and the idea of a PSA came to life. Bates reached out to other organizations in the food allergy community who had missions in line with this effort, including The Elijah-Alavi Foundation, which his parents created in his memory.

“We must ensure that proper training and education are available in schools so we can prevent a tragic incident like what happened to my son from happening again,” says Elijah’s father, Thomas Silvera. “We have to make sure that all children in every school in every neighborhood, regardless of socioeconomic conditions, culture, or class, are safe when their parents drop them off at school.”

The Natalie Giorgi Sunshine Foundation and Red Sneakers for Oakley (RSFO) also focus on raising awareness and providing education about the dangers of food allergies. Louis and Joanne Giorgi founded The Sunshine Foundation in 2013 after their 13-year-old daughter passed away from anaphylaxis after accidentally eating a treat at camp that contained peanut butter. “Natalie would want all children to hear the message of the severity of food allergies and how they can protect themselves and their friends,” says Joanne Giorgi.

RSFO was founded in 2016 after Merrill and Bobby Debbs lost their 11-year-old son, Oakley, to anaphylaxis after he ate cake that contained walnut oil. Oakley had been previously diagnosed with only a mild food allergy to nuts. In memory of Oakley’s signature red sneakers he loved, the organization has made efforts to make red sneakers the universal symbol of food allergy awareness. The children and the judges in “Spell It Out” are all wearing red sneakers in honor of Oakley and his legacy of awareness.

Teen actors Mace Coronel, from Nickelodeon’s Nicky, Ricky, Dicky and Dawn, and Laya Deleon Hayes, the famous voice behind Disney’s Doc McStuffins, were excited to star in the PSA as the Spelling Bee judges and believe strongly in this effort.

“Food allergies are the real deal and need to be taken seriously,” says Coronel. “We are honored to be involved in this PSA and to spread this important message that can hopefully save lives,” adds Hayes.

“It was heartening to see so many passionate people and food allergy organizations collaborate in this important effort,” says Bates, President of EAT. “Everyone needs to understand the severity of food allergies so these tragedies stop happening.”

To watch the PSA and read more about the campaign and organizations involved, please visit: SpellItOutPSA.org. To share the video on social media, please download from Vimeo and use the hashtags #SpellItOut, #foodallergies, #foodallergy and #anaphylaxis.

About End Allergies Together (E.A.T.)
End Allergies Together (“E.A.T”) is a 501c(3) non-profit organization focused solely on raising money for food allergy research. E.A.T. was co-founded in 2015 by Elise and Greg Bates and Kim and Tom Hall, who have children with severe food allergies, to help bridge the significant gap in research funding for this growing epidemic. More than 32 million Americans are affected by food allergies. E.A.T has committed more than $1.7 million to fund eight promising research efforts across eleven top institutions. Proceeds go directly to the researchers dedicated to finding answers. For more information about E.A.T., please visit EndAllergiesTogether.com