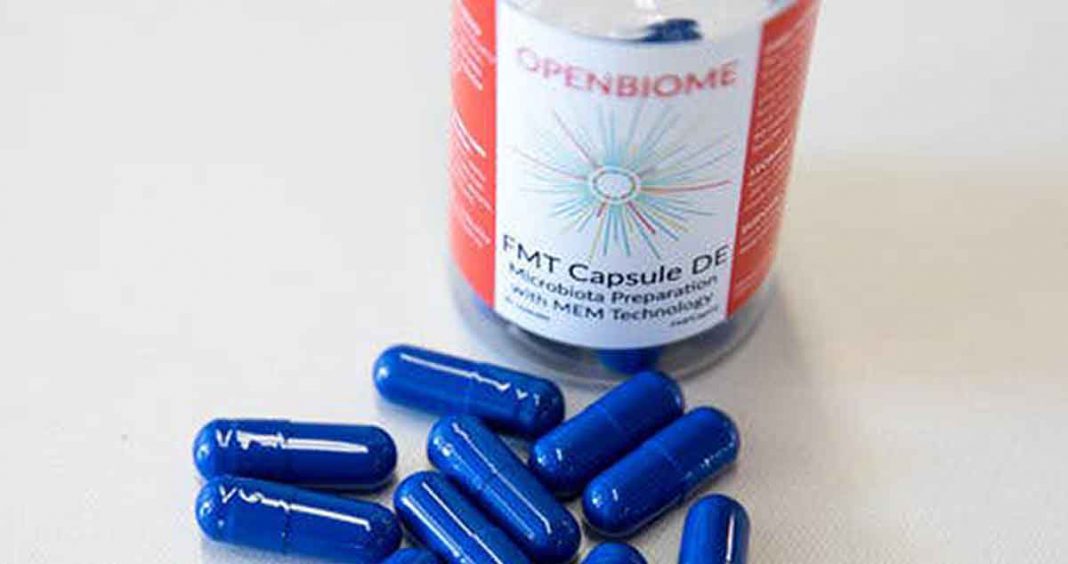 Rima Rachid, MD, lead investigator and co-director of the Food Allergy Program at Boston Children’s, will present the results February 26 at the American Academy of Allergy, Asthma & Immunology (AAAAI) annual meeting, during a morning symposium on Food Allergy.

The FMT treatment was derived from stool samples provided by healthy, non-allergic donors and delivered in frozen capsules. It enabled some study participants — who initially had allergic reactions to less than half a peanut — to consume more than two peanuts before reacting, the study found. That amount may be enough to eliminate concern about traces of peanut in foods, says Rachid.

“These results were very encouraging,” says Rachid. “A single FMT led to a significant increase in the threshold of reactivity to peanut at both 1 month and 4 months after treatment, showing that the effect was prolonged. This study is offering hope that microbiome interventions may be effective in food allergy.”

Why FMT for food allergy?

Increasing evidence supports the idea that the bacteria living in our intestines help shape our immune systems. Known informally as a “poop transplant,” FMT replaces the intestinal bacteria of peanut-allergic patients with that of non-allergic donors. The donors in this study were rigorously screened by OpenBiome, a nonprofit stool bank in Cambridge, Mass.

The Phase 1 open-label trial enrolled 15 participants, ages 18 to 33, who had allergic reactions to 100 milligrams of peanut (half a peanut) or less. All received FMT, swallowing 36 capsules over the course of three hours. In one arm of the study, 10 participants received a single dose of FMT alone. Three (30 percent) were able to tolerate larger amounts of peanut — one as much as four peanuts — when challenged both one and four months after FMT.

In the second arm, five participants were pretreated with antibiotics as an extra measure to kill off their own microbiome, clearing the way for the donor bacteria. Three of the five (60 percent) became more peanut-tolerant after FMT.

There were no serious adverse reactions to FMT. While the number of participants was small, laboratory tests were consistent with the clinical results. Participants who responded to FMT had increases in the regulatory T cells associated with immune tolerance and reductions in the T helper cells associated with allergy. When their microbiomes were transplanted into a strain of allergy-prone mice, the mice showed similar immune changes and were protected from anaphylaxis when challenged with food allergens. In contrast, when the non-responders’ microbiomes were transplanted, the allergic mice were not protected.

“This shows that the therapeutic response to FMT is microbiome-related,” says Rachid.

Currently, food allergies are often treated by giving people gradually increasing amounts of peanut under medical supervision, sometimes together with medications to suppress their immune response. But this method is not curative and is not effective in adults, says Rachid.

“The long-term effect of oral immunotherapy is not clear, and many patients stop therapy over time,” she says. “Additionally, it requires daily administration, and is not without risks of allergic reactions. Microbiome interventions are very promising alternatives for treating food allergy.”

Rachid now hopes to conduct a Phase II clinical trial in 12- to 17-year-olds, providing antibiotic pretreatment and a purified Microbial Transplantation Therapy (MTT) preparation in collaboration with Alexander Khoruts, MD, from the University of Minnesota. The preparation can be stored in a home refrigerator, avoiding the need for patients to come to the clinic to be treated.

Talal Chatila, MD, was a co-senior investigator on the study. Other researchers were Eric Alm, PhD, of the Massachusetts Institute of Technology, Elizabeth Hohmann, MD, of Massachusetts General Hospital, and Emmanuel Stephen Victor, PhD, in the Chatila lab.

Boston Children’s Hospital is ranked the #1 children’s hospital in the nation by U.S. News & World Report and is the primary pediatric teaching affiliate of Harvard Medical School. Home to the world’s largest research enterprise based at a pediatric medical center, its discoveries have benefited both children and adults since 1869. Today, 3,000 researchers and scientific staff, including 10 members of the National Academy of Sciences, 25 members of the National Academy of Medicine and 10 Howard Hughes Medical Investigators comprise Boston Children’s research community. Founded as a 20-bed hospital for children, Boston Children’s is now a 415-bed comprehensive center for pediatric and adolescent health care. For more, visit our Answers blog and follow us on social media @BostonChildrens, @BCH_Innovation, Facebook and YouTube.