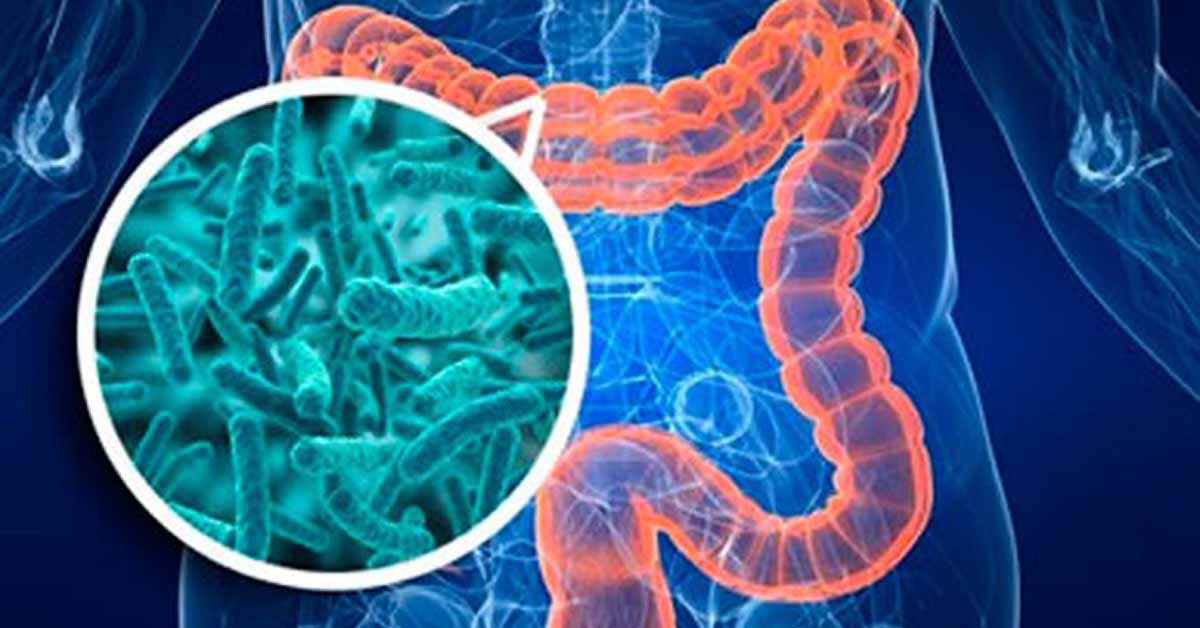 Food allergy is a large and growing public health problem. For reasons that remain a mystery, the number of Americans who suffer from the disease has risen sharply over the last decade to as many as 32 million, according to one recent estimate. Nearly 8 percent of children in the U.S. — about two in every classroom — are affected.

A study published today in Nature Medicine makes a strong case that the epidemic of food allergy is caused by the absence of certain beneficial bacteria in the human gut. “The loss of these bacteria acts as a switch that makes children susceptible to food allergy,” says Talal Chatila, MD, director of the Food Allergy Program at Boston Children’s Hospital and a senior author on the paper.

But the study, conducted primarily in mice, also points the way toward treatments that may protect children from developing food allergies — and reverse the disease in people who already have it. “We’re hoping this will lead to a treatment for food allergy, not just a preventive approach,” says co-senior author Rima Rachid, MD, assistant director of the Food Allergy Program in Boston Children’s Division of Immunology.

Food allergy is a result of the body’s defenses gone awry. The immune system reacts to harmless foods as if they were dangerous invaders, releasing a cascade of chemicals that are meant to protect the body but end up harming it. The effects can range from mild (hives and itchy skin) to the life-threatening reaction called anaphylaxis, which can include vomiting, a sharp drop in blood pressure, and difficulty breathing. Untreated, anaphylaxis can be fatal.

More than 170 foods are known sources of allergy, though most serious reactions are caused by just eight of these allergens: milk, egg, peanuts, tree nuts, wheat, soy, fish, and shellfish.

While several potential treatments are now being investigated, there’s not yet any clear evidence they work. So people with food allergy are urged to scrupulously avoid the foods they’re allergic to — and keep an epinephrine injector on hand to ward off a severe reaction if they’re accidentally exposed.

Food allergy takes a severe psychological and social toll on patients and their families, Rachid says. Parents can’t drop off their children at a birthday party, for example, without being concerned about what foods they might be exposed to. Children are sometimes bullied over their food allergies, and at an age when they should be developing social skills over school lunch, they’re often sidelined to an “allergy table.”

“I think it has a huge psychological impact,” Chatila says. “People with food allergies are afraid they’re going to have a reaction — which could be fatal — to what they eat. I think it profoundly impacts people’s lives for the worse by creating a fearful relationship with food. So therapies that address the underlying causes of food allergy in a fundamental way are needed.”

The Nature Medicine paper is the latest sign of growing scientific interest in the human microbiome, the incredibly diverse ecosystem of the human body. Of the 100 trillion cells that make up a typical adult, fewer than 10 percent are human. The rest are bacteria, yeasts, fungi, and other microbes.

While many people associate bacteria with disease, the vast majority of the microbes that live on and in us are beneficial. They help digest our food, provide key nutrients and protect against infection. And now researchers around the world are exploring the role bacteria — or the lack of them — may play in food allergy.

One hypothesis is that certain Western lifestyle factors — an increase in births by Caesarean section, a decline in breastfeeding, increased use of antibiotics, and smaller family sizes, for example — is disrupting the normal balance of bacteria in the gut. While no one factor is enough, Chatila says, each “hit” may deprive babies of some of the bacteria that normally help prepare the immune system to recognize food as harmless.

A study six years in the making

Could this bacterial imbalance, or “dysbiosis,” be the reason so many children are developing food allergies today? To find out, Chatila and his co-authors embarked on a study that took six years to complete.

Rachid began by studying the evolution of gut bacteria in babies with and without food allergies. She and her team collected stool samples from 56 food-allergic patients and 98 matched controls. Georg Gerber and his colleagues at Brigham and Women’s Hospital then analyzed those samples for changes in their bacterial content. These studies established that the bacteria in the feces of babies with food allergies were different from those of controls. But did those bacterial differences play a role in their food allergies?

To find out, the team transplanted fecal bacteria from the babies into a special strain of allergy-prone mice. They fed the mice small doses of chicken egg protein to sensitize their immune systems to this allergen, then challenged the mice with a large dose.

Identifying the bacteria that protect

But what specific bacteria might be offering that protection? To find out, the team turned to Lynn Bry at Brigham and Women’s Hospital. Bry provided a mix of six bacterial species from the order Clostridiales, which previous studies had suggested might protect against food allergy. Sure enough, when these bacteria were given to the mice, the animals were protected from food allergy to chicken egg protein, whereas mice given other common bacteria were not. “If you give them the right bacteria, the Clostridia, they’re completely resistant to food allergy,” Chatila says.

Next the team gave the allergy-prone mice a single bacterium, Subdoligranulum variabile, that was missing from the stools of food-allergic babies. “We asked: Can this one bacterium protect against allergy? And the answer was yes,” Chatila says.

If you give them the right bacteria, the Clostridia, they’re completely resistant to food allergy.

Bry then provided a second mix of unrelated bacteria from the order Bacteroidales. It too was protective. And finally, when the team treated mice that already had food allergy with the Clostridiales or Bacteroidales mixes, they found those therapies completely suppressed the animals’ allergic reactions.

While there are other risk factors for food allergy (a family history of eczema, for example), Chatila believes the study proves that dysbiosis — the loss of protective gut bacteria — is critical. “At the very least it is a fundamental mechanism. And more likely, in my mind, it is the fundamental mechanism on which other things can be layered,” he says.

A fundamental theory of food allergy

While previous studies have suggested that certain bacteria can protect against food allergies, Chatila and his colleagues go a step further, describing the specific immunological pathway by which the bacteria act in mice. It begins with a protein, known as MyD88, that serves as a “microbial sensor” in the immune system’s regulatory T cells.

As a result of this work, Chatila says, “we now have a fundamental concept of how food allergy happens” — one he hopes other scientists will now test.

One implication of the theory is that food allergy may reflect a broader breakdown in the body’s ability to tolerate food, rather than a reaction to one food at time. “You have a problem with foods because you are losing a whole set of immune cells that normally promote tolerance,” Chatila says. “If you restore them at any point, chances are you will restore immune tolerance. Putting back the good bacteria maybe key to such a reset.”

Chatila and Rachid believe their findings will eventually lead to new treatments that prevent the development of food allergies in newborns at risk. The treatments might take the form of probiotics — mixes of beneficial bacteria — or drugs that prime the immune system in the same way.

And for the millions who already suffer from food allergies, the same treatments may be able to reverse their disease. “Remember,” Chatila says, “in adult mice that had become food-allergic, we could suppress their disease by introducing the good bacteria, which means to us there is the potential to treat somebody with established food allergy and reset their immune system in favor of tolerance.”

This new work also has important implications for the many patients who are allergic to multiple foods. Instead of treating their allergies one food at a time, it may be possible to treat them all at once by attacking the problem at its root. “What you might need is a change in the microbiome — like a fresh start,” Rachid says.

Chatila cautions that all the evidence for the benefits of bacterial therapy is so far based on animal studies. “Ultimately, all these things have to be tested in human subjects to figure out what would work best,” he says.

But that may happen very soon. Rachid is already conducting a first-of-its-kind clinical trial at Boston Children’s to test the safety and efficacy of fecal transplants in adults with peanut allergy.

“My sense is that you’re going to end up with different approaches to develop bacterial therapeutics that are applicable to food allergies,” Chatila says. “I think the first trials with defined bacterial mixes, developed by different companies, will be happening anywhere between the end of this year and the next two years.”

Two patents stemming from the work described in the Nature Medicine paper have been licensed to Consortia TX, Inc., a firm founded in 2017 by Chatila, Gerber and Bry, who all have equity in the company. (Rachid, an advisor to the company, also has equity.) Two other patent applications are pending.

“If the race continues with the same intensity, or accelerates, I think you’ll see a product on the market within five years,” Chatila predicts.

For a complete list of co-authors see Nature Medicine. This work was supported by the National Institutes of Health, the Clinical and Translational Science Center/Harvard Catalyst, the Bunning Food Allergy Fund, the Jasmine and Paul Mashikian Fund, the Massachusetts Life Sciences Center, and a Partners Healthcare Innovations Development Grant.